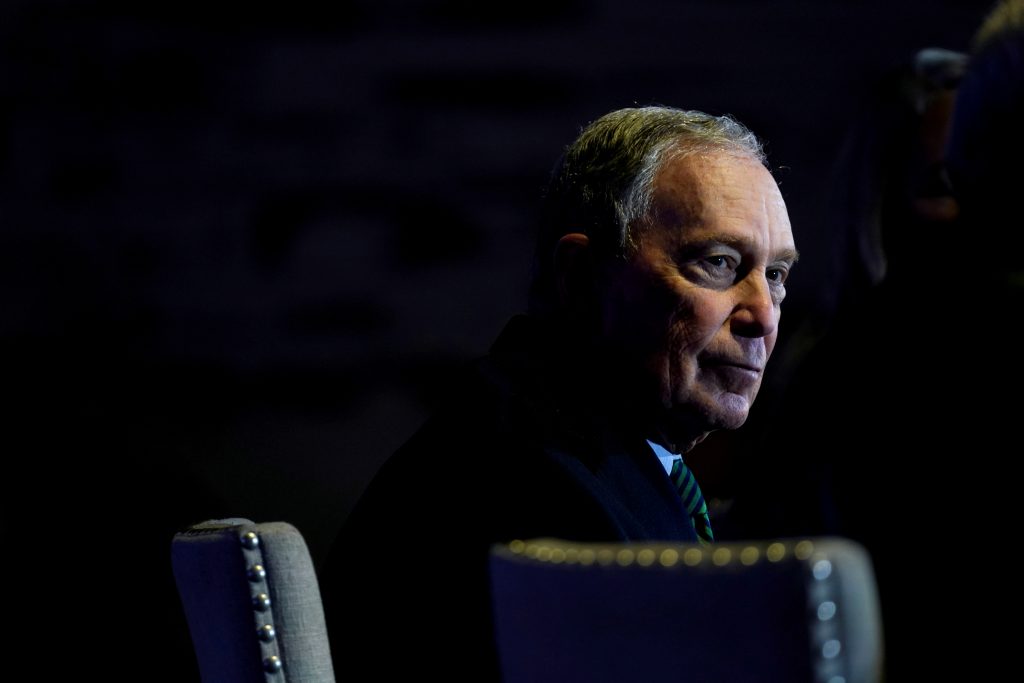 The campaign of the former New York mayor said in a statement that it was also funding digital advertisements against Republican President Donald Trump and would be registering voters in the three swing states.

Michigan, Pennsylvania and Wisconsin, whose voters had supported Democratic President Barack Obama in both 2008 and 2012, were key wins that helped carry Trump to victory in the 2016 election.

“In 2016, those states were supposed to be our ‘blue wall’ and we can’t wait until the general election to start rebuilding it,” Bloomberg said. “The only way we’re going to beat Trump in November is to run statewide campaigns in swing states starting right now, and that’s exactly what we’re doing,” he said, noting that Trump won by less than 1 percentage point in each “Blue Wall” state.

Bloomberg jumped into the crowded race for the Democratic presidential nomination in late November. He opened campaign offices in North Carolina and Tennessee earlier this week, and has pledged to keep staff in key states through the 2020 election to defeat Trump. Bloomberg unveiled a healthcare plan this week.