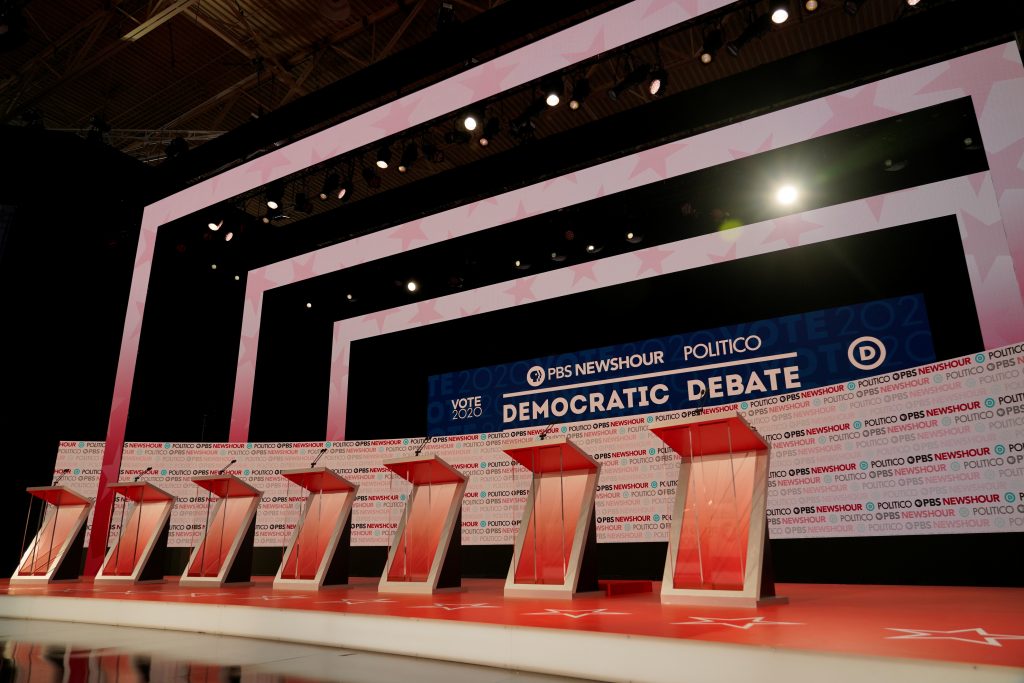 Seven Democratic presidential contenders squared off on the debate stage in Los Angeles on Thursday, offering viewers their different takes on issues including taxes and trade.

Here are some of the top moments from the candidates seeking their party’s nomination to challenge Republican President Donald Trump in November 2020.

Divisions soon emerged over a new North American trade deal approved by the U.S. House of Representatives on Thursday. Progressive Senator Bernie Sanders said he opposed the pact, while moderate and fellow Senator Amy Klobuchar said she would vote for it.

The House approved the United States-Mexico-Canada Agreement (USMCA) with bipartisan support. Trump declared victory after its House passage, while Democratic leaders said it was an improvement over the current North American Free Trade Agreement (NAFTA) because it granted improved rights for workers.

Sanders reminded the audience that he also voted against NAFTA, unlike some other candidates on stage. The senator from Vermont said while the new trade deal was a modest improvement over NAFTA, it would not stop U.S. companies outsourcing American jobs overseas.

“It is not going to stop corporations going to Mexico,” Sanders said. “What we need is a trade policy that stands up for workers, stands up for farmers.”

Sanders added that the new deal never mentioned climate change, which he called an “outrage.” When the deal reaches the Senate, Sanders said he will not vote for it.

Klobuchar, from Minnesota, said she would be voting for it. “I believe we have change with this agreement,” she said, adding that it contained improved labor and environmental standards.

A clash between Senator Elizabeth Warren and South Bend, Indiana, Mayor Pete Buttigieg highlighted the differences between the party’s progressive and moderate wings.

Asked by a moderator to comment on criticism that her plan to impose a wealth tax on fortunes worth more than $50 million goes too far, the senator replied sharply.

“They’re just wrong,” she said, before going on to say that a two-cent tax on fortunes above $50 million would allow the United States to fully fund education, retirement and healthcare for millions of Americans.

But Buttigieg responded that it was a “false choice” to say that the next president needed to either impose radical ideas or do nothing.

“Yes we must deliver big ideas. And yes, taxes on wealthy individuals and on corporations are going to have to go up,” he said. “We can also be smart about the promises we’re making, make sure they’re promises that we can keep without the kind of taxation that economists tell us can hurt the economy.”

Former Vice President Joe Biden fused his regular plea that Democrats seek to unify the country after Trump leaves office with a response defending his son against continued attacks by Republicans.

“I refuse to accept the notion as some on this stage do that we can never, never get to a place where we have cooperation again,” Biden said. “If that’s the case, we are dead as a country.”

Attacks against Biden and his son Hunter are at the core of the accusation against Trump that led to the House impeaching him on Wednesday. Trump asked Ukraine’s president to investigate the Bidens, which the House argues was an abuse of power.

“If anyone has reason to be angry with the Republicans and not want to cooperate, it’s me. They have attacked me and my son and my family. I have no love [for the Republicans],” Biden said. “But the fact is, we have to be able to get things done.”