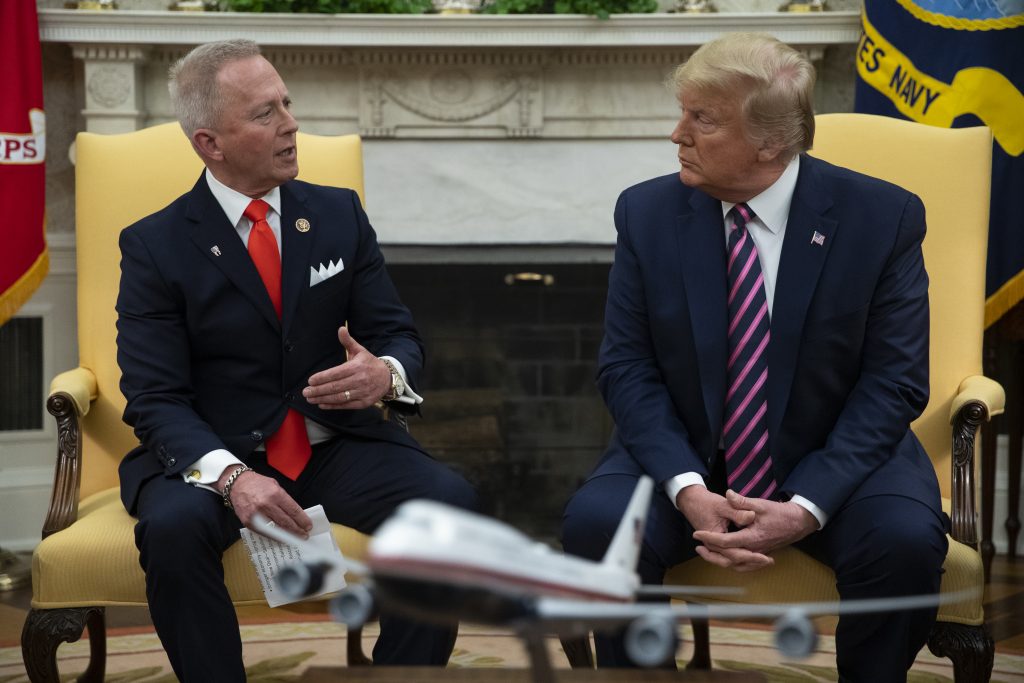 President Donald Trump announced Thursday that Rep. Jeff Van Drew, a New Jersey Democrat who broke with his party to vote against Trump’s impeachment, is officially switching parties and becoming a Republican.

“Jeff will be joining the Republican Party,” Trump announced during an Oval Office event with Van Drew, who broke the news to his staff over the weekend, prompting widespread resignations. “It’s a big deal.”

Van Drew on Wednesday broke with his party and voted against impeaching Trump — a move that bolstered GOP attempts to depict Democrats as divided on the matter. Republicans voted unanimously against it.

“I believe that this is just a better fit for me,” Van Drew said of his decision, promising Trump his “undying support.”

“This is who I am, it’s who I always was, but there was more tolerance of moderate Democrats, of Blue Dog Democrats, of conservative Democrats,” said Van Drew, “and I think that’s going away.”

Trump, reveling in the decision, promised to return the favor and announced that he is endorsing Van Drew for reelection, calling him “a tremendous asset for the party.”

Van Drew had been facing the possibility of an uphill Democratic primary, including a challenge from Brigid Harrison, a Montclair State University political science professor who is frequently quoted in local press and had secured the backing of top local Democrats, including the New Jersey senate president. Amy Kennedy, the wife of former Rhode Island Democratic Rep. Patrick Kennedy, is also considering a run.

Van Drew told reporters on the Hill after his White House meeting that he hoped the president’s endorsement would be a boon, saying that, “in any primary, when you have a president supporting you, it is helpful, for sure.”

Democratic House Speaker Nancy Pelosi said Thursday that she had not discussed the move with Van Drew. Asked by reporters whether she had advice for him, she responded: “Nothing. Zero.”

The 66-year-old Van Drew had been a conservative state senator before he joined Congress, bucking Democrats on issues like gun control. His district has become increasingly conservative, with Trump carrying it narrowly in 2016 after Barack Obama won it in 2008 and 2012.

“Congressman Jeff Van Drew is very popular in our great and very united Republican Party,” the president wrote. “It was a tribute to him that he was able to win his heavily Republican district as a Democrat. People like that are not easily replaceable!”

GOP House Leader Kevin McCarthy held the door open this week to Van Drew becoming a Republican and on Thursday encouraged other Democrats to join him.

“I’ve told him many times he’s more than welcome to join the Republican Party,” McCarthy said. Asked if he’s offered Van Drew assistance in getting a committee assignment or hiring staff, McCarthy said, “I’ll help him with whatever he needs.”