Report: Half of Israelis Were in Overdraft in 2018 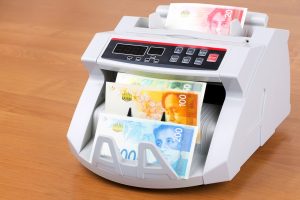 Nearly half of Israeli households were in overdraft at least once in 2018, the Central Bureau of Statistics said in a report. 42% of Israelis said in a poll conducted by the CBS that they were overdrawn at their banks for at least one month in the year, while 22% said that they were in overdraft on a a regular basis. 26% said they were warned by the bank over their financial situation, while 5% said their accounts were blocked because of their overdraft.

Most Israelis – 71% of all households – have at least some savings. At least two-thirds have a pension account for at least one family member. 28% of families have savings accounts in addition to pension plans, the study showed.