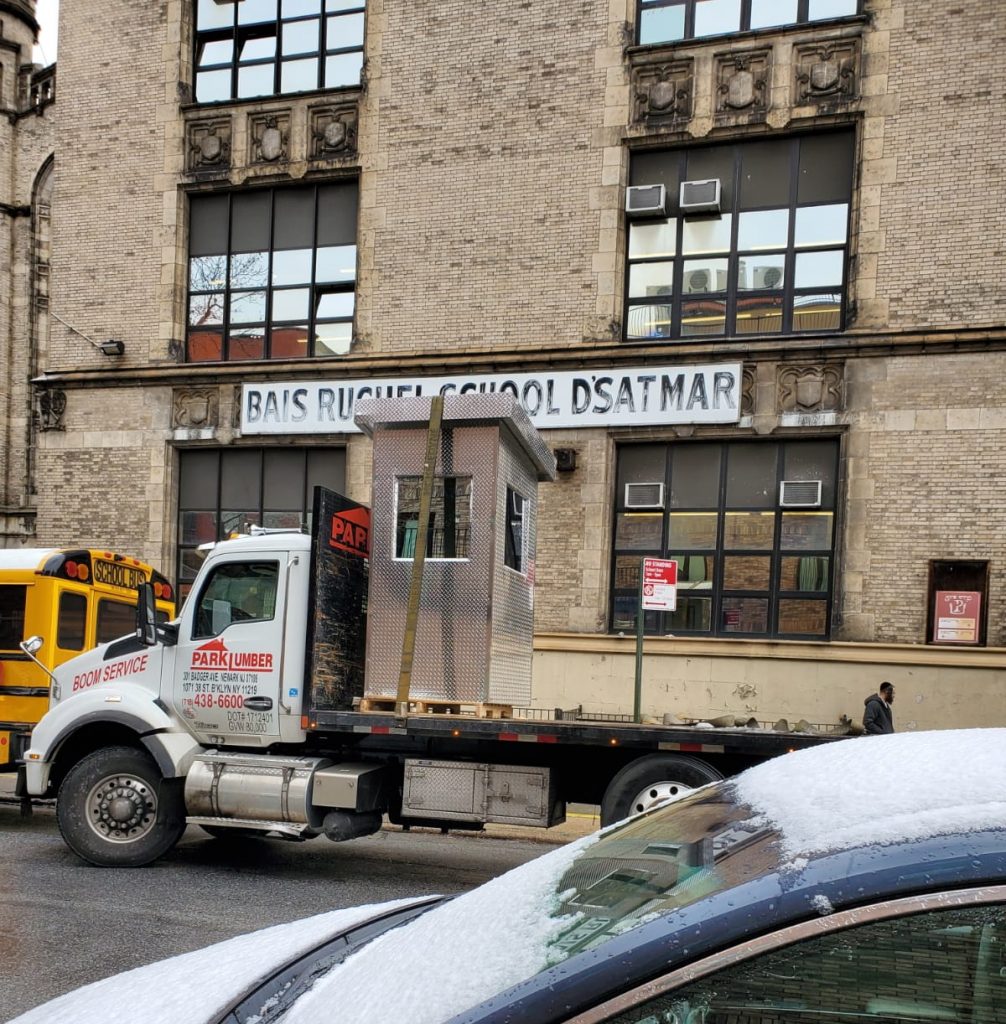 New York City is re-opening applications for a program that funds security guards at yeshivos and other private schools, following last week’s deadly attack on a kosher supermarket in nearby Jersey City.

The Nonpublic School Security Reimbursement Program, signed into law by Mayor Bill de Blasio in 2016 after years of advocacy by Jewish governmental officials, reimburses private schools with at least 300 students for the cost of unarmed security guards. The application period for the 2019-2020 school year had closed in March 2019. But following the Jersey City attacks – which come amidst a general rise in anti-Semitic incidents across the country, including in New York – and on the request of Jewish organizations, the de Blasio Administration has decided to re-open applications for this year, Lisette Camilo, Commissioner of the NYC Department of Citywide Administrative Services, told Hamodia on Thursday.

“The City of New York is dedicated to making sure that students are safe in their schools – including private and religious-based schools,” said Camilo. “There is no place in this city for hate or anti-Semitism, and this move will allow more schools to hire the security guards needed to protect against acts of violence and hate.”

Applications open Friday to any private school with a Basic Educational Data System (BEDS) code from the New York State Department of Education. The deadline to apply for this school year is January 17, 2020.

More information, and links to the application, are available at https://www1.nyc.gov/site/dcas/business/non-public-school-security-reimbursement-program.page

Jewish organizations and officials applauded the re-opening of the security-funding applications.

“It is very good to know that the Mayor recognizes the concern we have about school safety & is taking steps to address it,” tweeted Councilman Chaim Deutsch.

“As a father, it’s heartbreaking that we now live in such distressful times where our children’s safety is at great danger,” tweeted Assemblyman Simcha Eichenstein. “This is a great step forward towards making our school children more secure.” Eichenstein, an aide to de Blasio from 2014-2019, had worked on the funding program while in the administration.

“Ultimately, ‘the Guardian of Israel neither slumbers nor sleeps’ – that is our true protection,” said Rabbi David Niederman, President of the UJO of Williamsburg, quoting Psalms 121:4. “But we are obligated to make our best efforts, and this program makes great strides in that regard.”