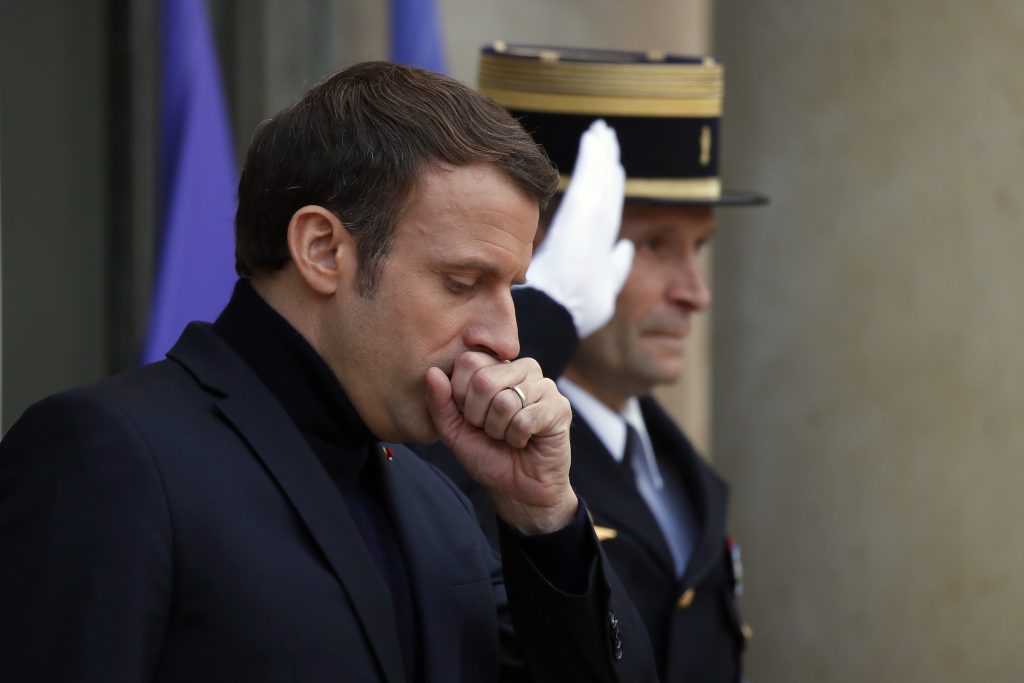 The French government began negotiations with unions Wednesday over potential changes to a landmark pension reform bill, which has led to crippling transport strikes and seen hundreds of thousands of people take to the streets over the past couple of weeks.

An agreement with hard-left unions appears to be a way off. The leader of the CGT union, Philippe Martinez, acknowledged a “deep disagreement” with the prime minister after their meeting.

“We have two clashing perspectives,” he said. “We don’t have the same values.”

Yet the government is seeking to get a deal with more moderate unions, which Macron hopes may weaken the protest movement.

A close aide to Macron, who was speaking anonymously in accordance with customary practices, said the president “won’t abandon the project,” but is “willing to improve it.” Macron himself is not planning to get involved in the negotiations, nor to make any announcement in coming days.

Among the changes mooted, which the government has yet to rule out, is postponing the date at which individuals retire on a full pension — arguably the main cause of discontent — by two years. The proposal to increase the state-sanctioned retirement age from 62 to 64 is currently scheduled for 2027.

Officially, the government has said very little about what it could compromise with. The furthest government spokeswoman Sibeth NDiaye has gone is to say that the retirement age is a “proposal.”

Macron’s planned reforms are aimed at unifying France’s 42 different pension regimes into a single one, which would abolish special provisions allowing certain workers to retire as early as their 50s. They would also keep the system financially viable, according to the government.

“We must find a compromise,” Macron’s aide said.

Macron and his government are seeking to pile the pressure on unions for a “pause” in the strikes during the end of the year so families can get around the country. Some unions though want the strikes to continue during that period.

The government plans to formally present the pension bill in January. The text will then need to be approved by parliament, where Macron’s party has the majority.

On Wednesday, Macron appointed a junior minister for pensions, Laurent Pietraszewski, a 53-year-old lawmaker with expertise on the issue.

The nomination comes two days after the minister who had developed the new pension system, Jean-Paul Delevoye, resigned over potential conflicts of interest in a major blow to the government.

The government had long hoped that France’s largest union, the center-left, reformist CFDT, would back the project.

CFDT Secretary-General Laurent Berger has said he was in favor of a “universal and fair” new system, but that delaying the introduction of the new age of retirement was a “red line.” His union joined the protest movement last week after the government detailed the planned measures.

The head of another moderate union UNSA, Laurent Escure, noted Wednesday that the government moved somewhat especially on measures to help those working in painful conditions.

Another round of negotiations was scheduled Thursday.

Recent polls show a majority of the French support the strikes and protests, as they fear the proposals will make them work longer in return for lower pensions.

Jean-Daniel Levy, a political analyst with the Harris Interactive institute, stressed that a big majority of the French hope the strikes will be suspended during the end of the year vacation time, but that the protests will recommence after.

“There’s a general feeling that protesting at [the end of December] would be perceived as radical attitude, with which the French cannot agree.” he said.

Sorting out the complex French pension system has been a challenge to all recent governments. Most notably in 1995, after three weeks of massive strikes, the government of President Jacques Chirac was forced to abandon its reform proposals.

But not all have met with failure. More recently, presidents Nicolas Sarkozy and Francois Hollande got changes through in the face of protests. Under Sarkozy in 2010, the retirement age was raised from 60 to 62. Four years later, Hollande passed a law that effectively meant the French needed to work for 43 years to get their full pension.