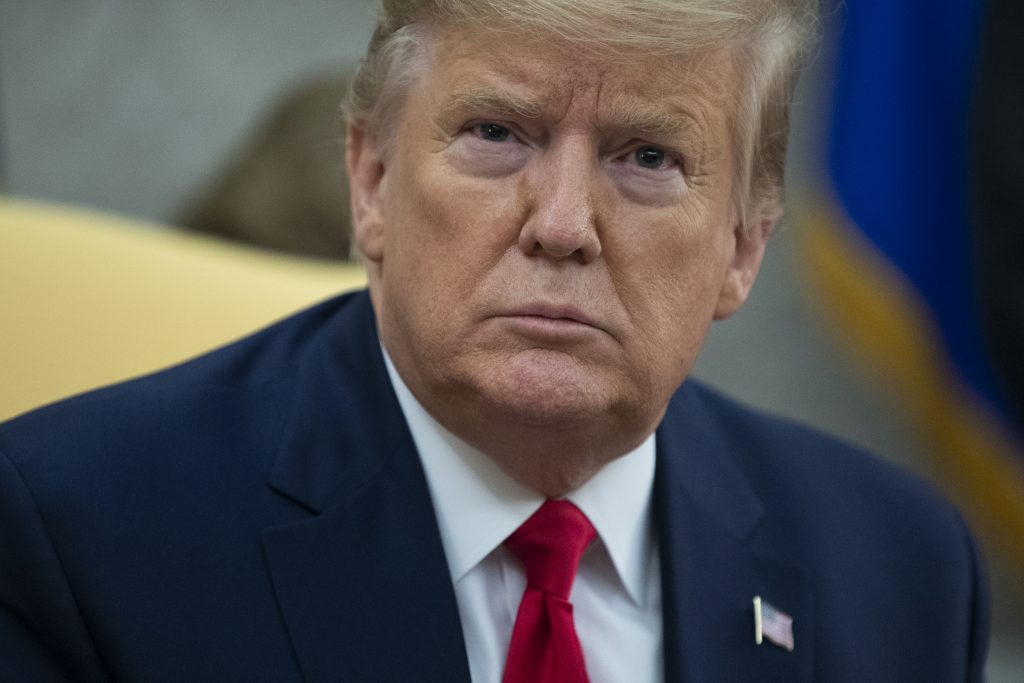 The House began its historic day of debate Wednesday that is expected to end with votes to impeach President Donald Trump for his conduct toward Ukraine, making him only the third president in U.S. history to receive that sanction.

Based on public announcements, Democrats have enough votes to approve articles of impeachment against Trump for abuse of power and obstruction of Congress. Wednesday’s action will lead to a trial in the Republican-led Senate, where a two-thirds vote would be required to remove the president from office.

At the heart of the Democrats’ case is the allegation that Trump tried to leverage a White House meeting and military aid, sought by Ukraine to combat Russian military aggression, to pressure Ukrainian President Volodymyr Zelensky to launch an investigation of former vice president Joe Biden and his son Hunter Biden.

Trump is said to have also wanted a probe of an unfounded theory that Kyiv conspired with Democrats to interfere in the 2016 presidential election.

By noon Wednesday, the House passed the rule that sets the parameters for six hours of debate on the articles of impeachment. The measure passed, 228-197, with two Democrats breaking with their party: Rep. Jeff Van Drew of New Jersey, who has signaled he is about to become a Republican; and Rep. Collin Peterson of Minnesota.

Before the vote, Rep. Tom Cole of Oklahoma, the top Republican on the Rules Committee, said he “cannot oppose this rule strongly enough,” arguing Trump had endured a “flawed and unfair process.”

“We deserve better than this,” Cole said. “Impeachment is the most consequential act the House of Representatives can take.”

In arguing for the Democrats, Rules Committee Chairman Jim McGovern of Massachusetts said Trump was guilty of “rolling out the welcome mat” for foreign election interference.

“No one should be allowed to use the powers of the presidency to undermine our elections, period,” McGovern said. “This isn’t about siding with your team. I didn’t swear an oath to defend a political party. I took an oath to uphold the Constitution of the United States of America. And when I vote yes . . . my conscience will be clear.”

After the vote, the articles of impeachment were read from the House floor. House leaders are predicting final votes Wednesday evening.

House Speaker Nancy Pelosi, D-Calif., will preside over the votes on the two articles of impeachment, according to an aide. She tapped Rep. Diana DeGette, D-Colo., to handle most of the proceedings during the day, said the aide, who spoke on the condition of anonymity.

“None of us came to Congress to impeach a president, but every one of us — when we assumed office — took an oath to uphold the constitution,” DeGette said in a statement. “This is a sad and somber moment in our nation’s history and the responsibility to preside over this important debate is something I will not take lightly.”

Early Wednesday, Republicans sought to end the impeachment debate before it began, with Rep. Andy Biggs, R-Ariz., making a motion to adjourn. Surrounded by members of the conservative House Freedom Caucus, Biggs said, “Madam Speaker, so we can stop wasting America’s time on impeachment, I move that the House do now adjourn.”

Rep. Liz Cheney, R-Wyo., proposed that House members would be required to stand up and announce their votes on TV, rather than registering them through electronic voting devices.

Rep. Jason Smith, R-Mo., sought to expand the length of debate of the articles of impeachment from six hours to 12 hours.

Both Republicans sought to make the changes through unanimous consent, but faced objections.

As the House debated, Trump remained active on Twitter, sharing posts by conservative allies and offering some of his own commentary.

In one, Trump took aim at Pelosi declaring that she will “go down in history as worst Speaker.”

Trump is scheduled to leave the White House at 4:25 p.m. en route to Battle Creek, Michigan, where he plans to hold a “Keep America Great” rally at 7 p.m. The rally site is in the district of Rep. Justin Amash, a former Republican who became an independent in July and has backed impeachment of Trump.

Meanwhile, hundreds of demonstrators gathered in the shadow of the Capitol on Wednesday to show lawmakers that their constituents support the impeachment of Trump.

Congress has impeached only two presidents: Andrew Johnson in 1868 and Bill Clinton in 1998. President Richard Nixon resigned in 1974 before the House could vote on articles of impeachment in the Watergate scandal. Lawmakers drafted three articles against Nixon, including charges of “high crimes and misdemeanors” that mirror the abuse-of-power and obstruction allegations Trump now faces.

A trial of Trump in the Republican-led Senate is expected to begin early next month. Senate Majority Leader Mitch McConnell, R-Ky., has said he sees no chance of Trump being removed from office, which would require a two-thirds vote of the chamber.