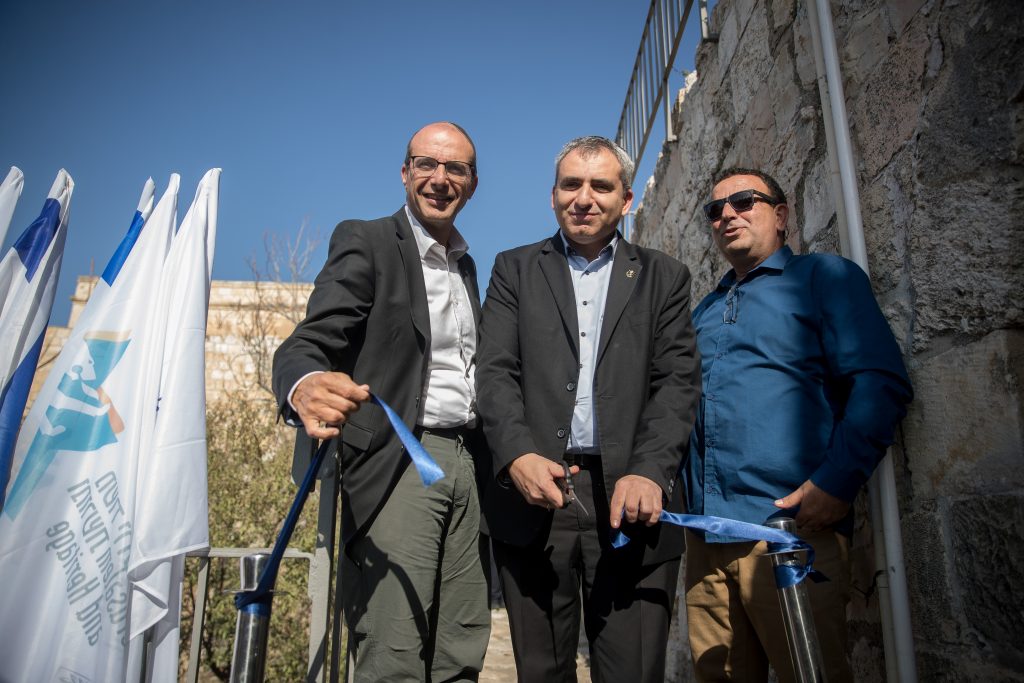 The Northern Ramparts Walk on the walls of the Old City of Yerushalayim has been extended for over half a mile, allowing visitors to stroll all the way from Jaffa Gate to the Lion’s Gate, The Jerusalem Post reported on Tuesday.

The inauguration of the new section represents the culmination of five years of work, and was attended by Yerushalayim and Heritage Minister Zeev Elkin and the Ministry’s director-general Mordechai Benita. The cost of the project was put at 11 million shekels.

“By walking on these walls and looking at the city from above, it is possible to understand Yerushalayim better,” Elkin said.