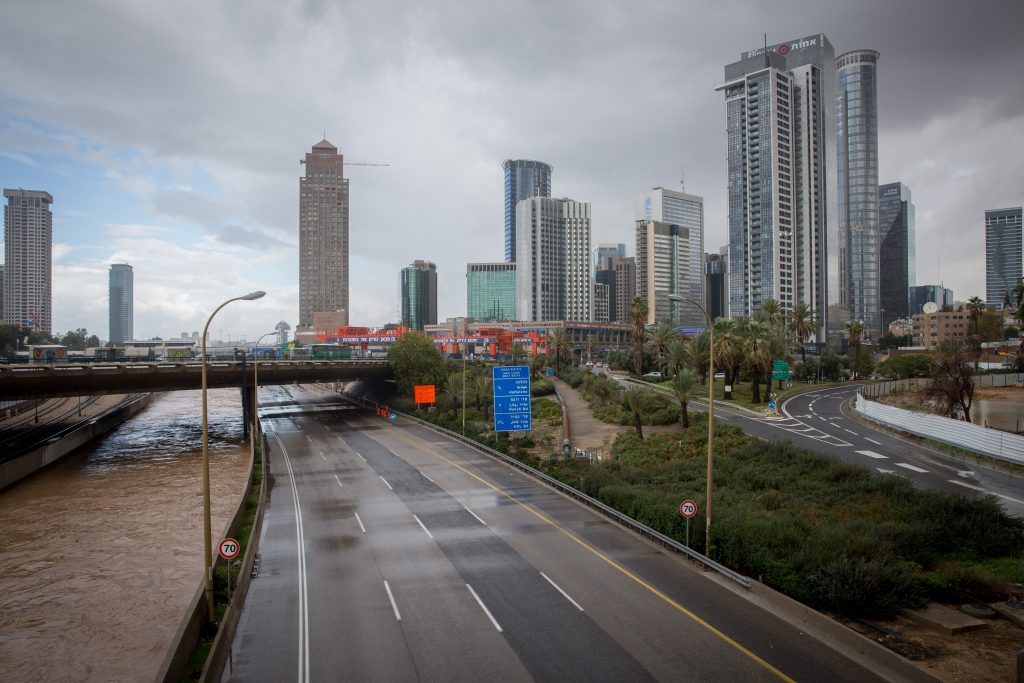 Winter storms in Israel bring needed gishmei brachah, but the heavy downpours and high winds associated with some storms wreak havoc with sewage systems, uproot trees and branches, and cause damage to property. Storms also cause flash floods that can endanger hikers, but until now there has been no official body to warn about the potential damage such storms can cause.

At the beginning of next year, such a body will be established. The Israel Storm Center was the idea of MK Rabbi Uri Maklev (United Torah Judaism), who said that “the placement of early warning systems for storms will prevent the next tragedy. These warnings need to be presented for specific areas, in order to accomplish that.”

Among the main reasons for the advancement of the project was the 2018 tragedy at Nachal Tzafit, in which ten teens lost their lives and two others were badly wounded as a flash flood rushed through a usually dry riverbed. The teens were on an outing organized by the school when their bus was overtaken by flash floodwaters near Nachal Tzafit, a riverbed in the Arava located east of the Dead Sea.

Investigators said that the teens ran off the bus when the floodwaters hit it, with many of them able to climb to higher ground in order to avoid the water – while the others who were unable to do so were swept away.

The Center will evaluate storm information and issue “damage forecasts,” providing information about where storms are likely to hit, and what residents should expect in terms of wind and rain amounts. In addition, the forecasts will attempt to predict where flash floods can be expected, in order to ensure that hikers stay away from those areas.