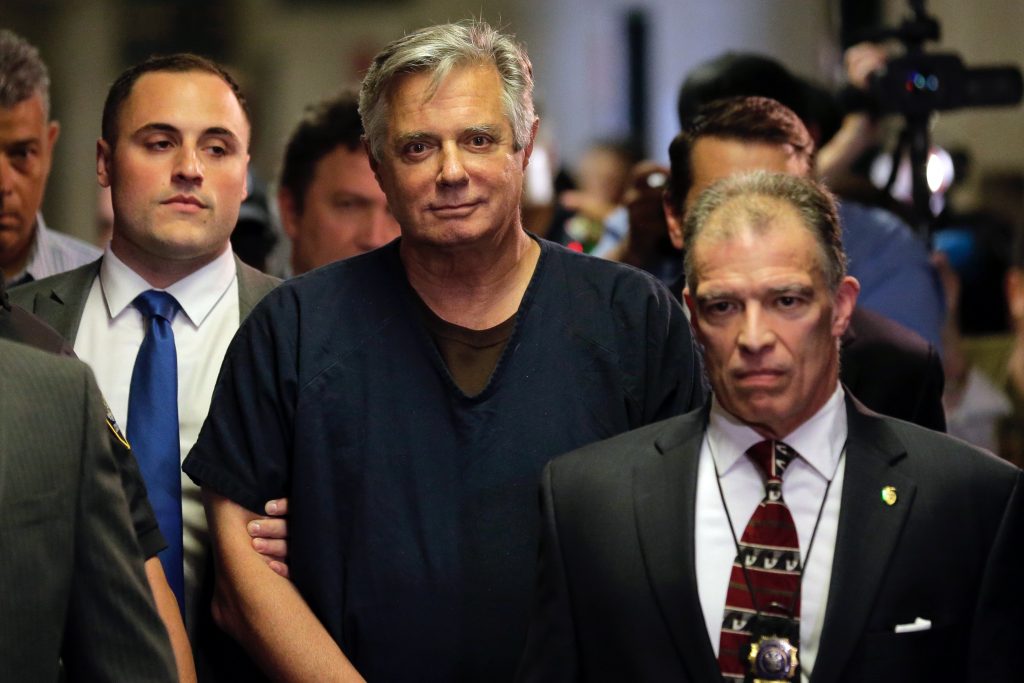 Manafort, who is serving more than seven years in prison after being convicted as part of the special counsel’s Russia investigation, was moved to the hospital last week from a federal prison in Pennsylvania for a heart-related condition, the people said.

The people were not permitted to discuss the matter publicly and spoke to the AP on condition of anonymity.

Manafort was among the first people to be charged in special counsel Robert Mueller’s Russia investigation that examined possible coordination between the Trump campaign and Russia in the 2016 election campaign.

Manafort was convicted by a jury in federal court in Virginia last year and later pleaded guilty in Washington. He is serving more than seven years in prison and was immediately hit after his March sentencing with state charges in New York that could put him outside the president’s power to pardon.

New York prosecutors charged him in an indictment that accused him of giving false information on mortgage loan applications.

A hearing in New York on Manafort’s state case is expected to go on Wednesday as scheduled, without him in the courtroom. A judge is expected to rule on a defense motion seeking to have the case dismissed on double jeopardy grounds.

The federal Bureau of Prisons said it could not provide specific information about an inmate’s medical condition, citing safety and privacy concerns.

Manafort’s attorney did not immediately respond to a message seeking comment.