World Erdogan: One Million Refugees Should Be Resettled in Syria Very Soon
World 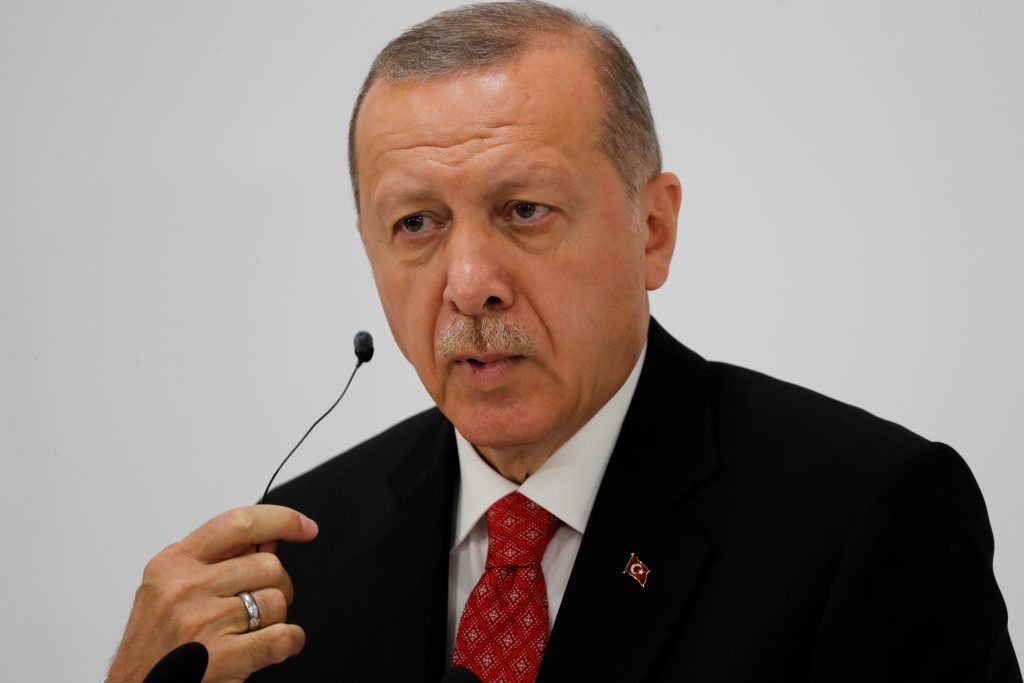 Turkish President Tayyip Erdogan called on Tuesday for the resettlement of one million Syrian refugees in their homeland in “a very short period of time,” and accused world powers of moving more quickly to protect Syria’s oil fields than its children.

Erdogan, whose country hosts 3.7 million Syrian refugees, the largest refugee population worldwide, said more than 600,000 should voluntarily join around 371,000 already in a “peace zone” in northern Syria from which Turkey drove Kurdish militia.

Addressing the Global Forum on Refugees in Geneva, he said Turkey had spent $40 billion hosting the refugees over nine years and criticized the European Union, which had earmarked nearly 6 billion euros ($6.61 billion) for failing to deliver it all.

“We are still waiting at the threshold of receiving the other 3 billion euros that was pledged,” he said.

Housing and schools could be set up in the northern zone, where some 371,000 Syrian refugees have already returned since Turkish military operations to clear the area of “terrorist organizations,” he said, naming Islamic State as well as the Syrian Kurdish YPG and PKK, Kurdish separatists within Turkey.

“If we can implement the projects that I have talked about at the General Assembly of the United Nations, I think the resettlement can easily reach 1 million in a very short period of time,” he added.

Erdogan, taking a thinly veiled swipe at the United States, which moved quickly to protect oil fields in Syria after the retreat of Islamic State, said: “Unfortunately the efforts that were spared to protect the oil fields were not mobilized for the safety and security of the children in Syria.”