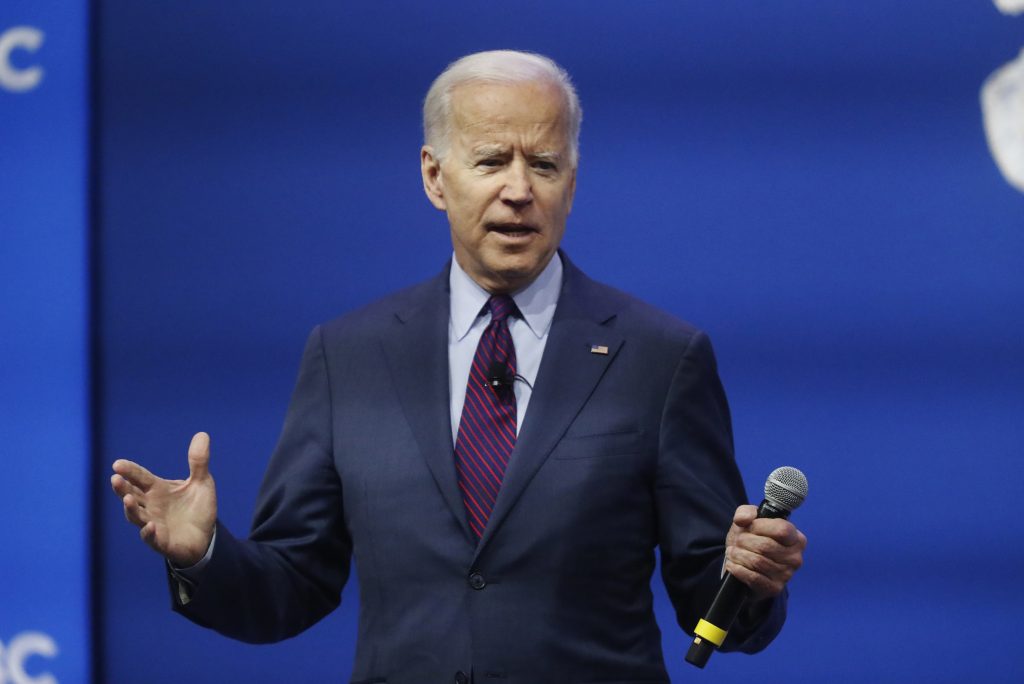 Joe Biden on Tuesday released a three-page summary of his medical history in which his doctor declared he is a “healthy, vigorous 77-year-old male” fully capable of taking on the role of president.

Biden, who has taken to challenging voters and reporters to push-up contests and wrestling matches to demonstrate his physical vigor, has faced persistent questions during the campaign about his age and his mental acuity, most prominently from President Donald Trump.

The summary indicated that Biden was being treated for several conditions, including an irregular heartbeat, gastroesophageal reflux, and seasonal allergies. It was written by Kevin O’Connor, who is director of executive medicine at the George Washington University Medical Faculty Associates and was Biden’s physician when he was vice president.

The records are the most complete glimpse into Biden’s health since the Obama-Biden campaign released 49 pages of records in 2008.

Those documents showed that Biden, then 65, had suffered no permanent damage from the near-fatal brain aneurysms that he suffered 20 years earlier. His most recent records say a 2014 CT angiogram showed no recurrence of disease.

“Vice President Biden is a healthy, vigorous, 77-year-old male, who is fit to successfully execute the duties of the Presidency, to include those as Chief Executive, Head of State, and Commander in Chief,” O’Connor wrote.

Biden does not use any tobacco products, does not drink any alcohol and works out at least five days per week, according to the summary.

The new records show that Biden has a history of atrial fibrillation, which was discovered during a routine check before he had his gallbladder removed in 2003. Biden has never required any medication or electrical treatments, but he does take a blood thinner. He also uses over-the-counter esomeprazole for gastroesophageal reflux and uses Allegra and Dymista to treat his sinus symptoms.

He has received physical-therapy treatments for various orthopedic injuries, his doctor says. Obstructive sleep apnea has been considered, but the symptoms improved significantly after sinus and nasal-passage surgeries.

He is nearly 6 feet and weighs 178 pounds, with a blood pressure of 128/84. His cholesterol reading is 126, according to the latest records.

The report noted that he spent “a good deal of time in the sun in his youth” and has several localized, non-melanoma skin cancers removed.

Stuart Jay Olshansky, a professor of public health at the University of Illinois at Chicago who analyzes the longevity of presidents, said Biden’s workout regimen was a positive sign.

“The most important thing that I saw on there, once you get into your 70s, the one signal that is the strongest of all, that tells you someone is exceptional, is their ability to work out on a regular basis,” he said. “Working out at least five days a week for someone his age, if that’s indeed true, is remarkable.”

He said that cognitive tests are typically not required unless problems are detected.

The health of presidential candidates has taken on more importance this campaign because of a field that has been historically old. Many of the top candidates are in their 70s, and would be among the oldest presidents in history.

Sen. Bernie Sanders, I-Vt., who at 78 is the oldest candidate in the race and suffered a heart attack on Oct. 1, has said he would release his medical records by the end of the year.

Former New York mayor Mike Bloomberg, second-oldest in the race at 77 years old, released a letter from his doctor last week stating that he was in “outstanding health.” But the records also showed that he is receiving medication to control his cholesterol, treatment for arthritis and heartburn, and had “small skin cancers” removed.

Sen. Elizabeth Warren, D-Mass., earlier this month released a letter from her physician, who described her as “very healthy” and issued five pages of supporting medical records.

Warren, 70, takes medication for hypothyroidism, a common condition in which the thyroid gland is underactive, according to the letter. Her blood pressure is 115/57, and she has had a flu shot this year.

“There are no medical conditions or health problems that would keep her from fulfilling the duties of the President of the United States,” wrote Beverly Woo, a physician at Brigham and Women’s Hospital in Boston who has been seeing Warren for two decades.

Biden’s age has often come up during the campaign. Former Housing Secretary Julián Castro, during a September debate, suggested that Biden was misstating something he’d said two minutes prior.

Biden had actually not misstated what he had previously said, but a day after the debate, Biden announced that he would release his records before the Iowa caucuses.

Speaking to reporters at the time, he batted down concerns about his mental acuity.

“Man, you want to wrestle?” he joked.

Earlier this month, an 83-year-old farmer in Iowa told Biden that he thought he was too old for the job.

“I’m not sedentary,” Biden responded. “And you want to check my shape, man, let’s do push-ups together here, man. Let’s run. Let’s do whatever you want to do. Let’s take an IQ test. OK?”