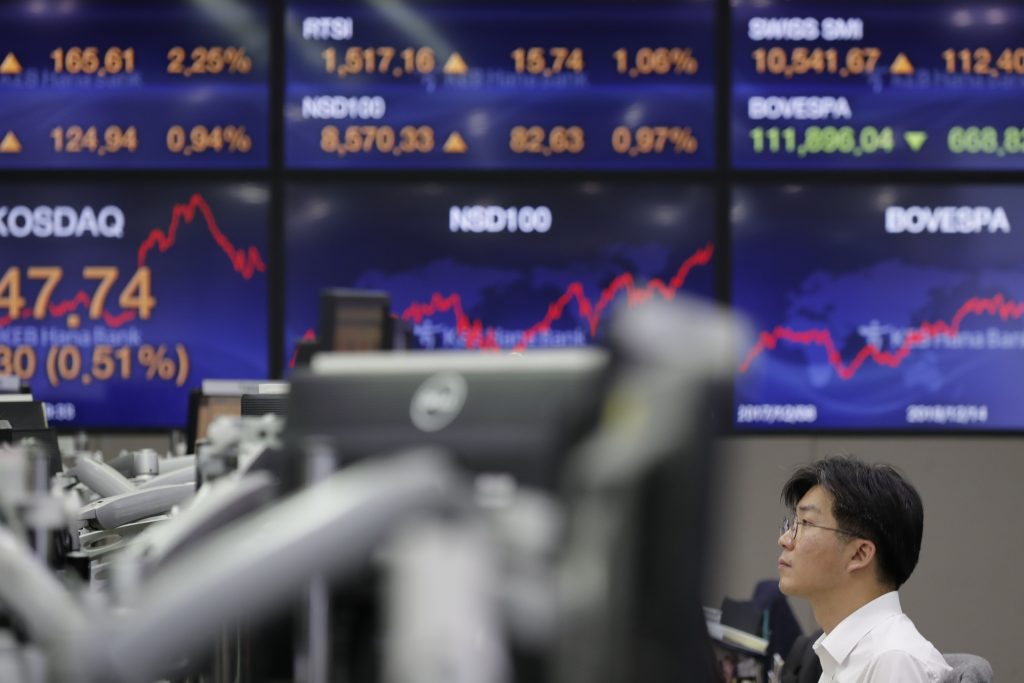 MSCI’s broadest index of Asia-Pacific shares outside Japan rose 1% to its highest since June 2018. Japan’s Nikkei touched its firmest in more than year, while markets from Shanghai to Seoul and Hong Kong all rose by more than a percentage point.

Oil hovered near three-month highs in anticipation of growing demand from the world’s biggest economies.

Yet with no fresh news on the trade front, the euphoria did not extend into the debt or currency markets, where movements were slight.

Futures also pointed to a flat open in Europe and a steady start to Tuesday in New York. FTSE futures were down 0.3%.

“People are looking to close the year on a good note,” said Vishnu Varathan, head of economics and strategy at Mizuho Bank in Singapore.

“I think that these are far more opportunistic than they are conviction trades, so they tend to be a little bit more prone to taking profits,” he added.

The United States will also reduce some tariffs on Chinese goods under the agreement.

It is not yet signed, and the Chinese side has been more circumspect in their praise, but U.S. Trade Representative Robert Lighthizer said over the weekend it is “totally done.” At the same time, Monday data showed that growth in China’s industrial and retail sectors beat expectations in November.

In Britain the FTSE 100 had its biggest daily gain in almost a year. But after the closing bell some familiar fears returned.

ITV reported Prime Minister Boris Johnson would use his huge majority to reinstate a hard deadline for quitting the European Union at the end of next year, again raising the specter of a chaotic “hard” Brexit.

Elsewhere currency markets were more pensive in the absence of many of the fine details of the trade deal. The U.S dollar recouped some of Monday’s losses, though moves were modest.

The yield on benchmark 10-year U.S. Treasuries bounced a little overnight, but drifted lower in Asian trade to 1.8644%.

“Equity markets just want to rally, so they’ll pick on anything that seems remotely positive, but the other markets are maybe a little more thoughtful about exactly what’s going on.”

Several Chinese officials told Reuters the wording of the agreement remained a delicate issue and care was needed to ensure expressions used in text did not re-escalate tensions.

Still, trade optimism kept the Chinese yuan on the strong side of 7 per dollar.

The Australian dollar drifted lower as minutes of the central bank’s December policy meeting showed that it was open to monetary easing in February if the outlook deteriorated.

“As long as volatility remains low, momentum is probably continuing, despite the amazing year to date gains,” said Kay Van-Petersen, global macro strategist at Saxo Capital Markets in Singapore. “The risk is that nobody thinks that there’s anything left for the year, they’re all thinking 2020.”