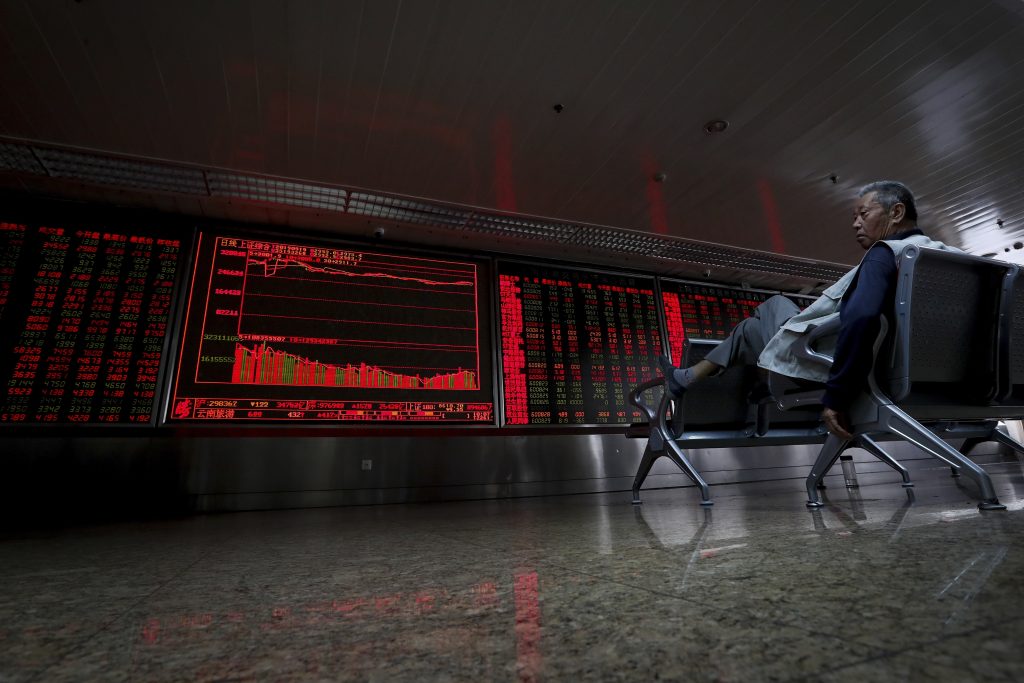 World stock markets rose on Monday, trading a notch below a record high hit last week on the back of a preliminary trade deal agreed between the United States and China.

European shares built on the previous week’s gains at the open. In early deals, the pan-European STOXX 600 index was up by 1% and hit a record high. Germany’s DAX rose 0.5%.

U.S. Trade Representative Robert Lighthizer said on Sunday a deal was “totally done,” notwithstanding some needed revisions, and would nearly double U.S. exports to China over the next two years.

The “phase one” agreement suspended a threatened round of U.S. tariffs on a $160 billion list of Chinese imports that was scheduled to take effect on Sunday. The United States also agreed to halve the tariff rate, to 7.5%, on $120 billion worth of Chinese goods.

The 17-month-old trade dispute between the world’s two largest economies has roiled financial markets and taken a toll on world economic growth.

German private sector activity shrank for the fourth month running in December as a downturn in manufacturing offset services sector growth in Europe’s largest economy, a survey showed, although it was taken before news of the trade deal.

French business grew at a steady pace in December despite a nationwide strike against pension reform, although activity in the manufacturing sector came unexpectedly close to stagnating.

Positive sentiment helped push MSCI’s All Country World Index up 0.15%. The index, which tracks stocks across 47 countries, hit an all-time high on Friday when the trade deal was agreed.

“We may have reached the point of ‘peak tariffs’ and this deal could be the start of a series of phased rollbacks, which could unlock further upside for equity markets, driven by an improvement in business confidence and a recovery in investment,” said Mark Haefele, chief investment officer, UBS Global Wealth Management, in a note to clients.

Earlier in Asia, MSCI’s broadest index of Asia-Pacific shares outside Japan rose to its highest level since April 18. It was last up 0.13%.

Ryan Felsman, senior economist at CommSec in Sydney, said the trade deal and the receding risk of a disorderly Brexit after the British election produced a strong Conservative majority provided support for sentiment in Australia.

A lower-than-expected Australian budget surplus due to a sluggish economy has also “built expectations by markets for further easing from the Reserve Bank [of Australia],” he said.

Chinese investors initially had a more tepid reaction to the trade news, with the blue-chip CSI300 index struggling to rise further after trade hopes fanned a near 2% rise on Friday.

But after a lackluster morning session, the CSI300 index turned higher in the afternoon and was last up 0.3%, helped by data showing the country’s industrial output growth and retail sales jumped more than expected in November.

Felsman at CommSec said investors wanted more details and the reduction in U.S. tariffs may have disappointed some looking for more aggressive action.

“Certainly there were expectations perhaps that the rollback would be more significant than just 50%,” he said.

The dollar index, which tracks the greenback against a basket of six major rivals, was down 0.17% at 97.006.