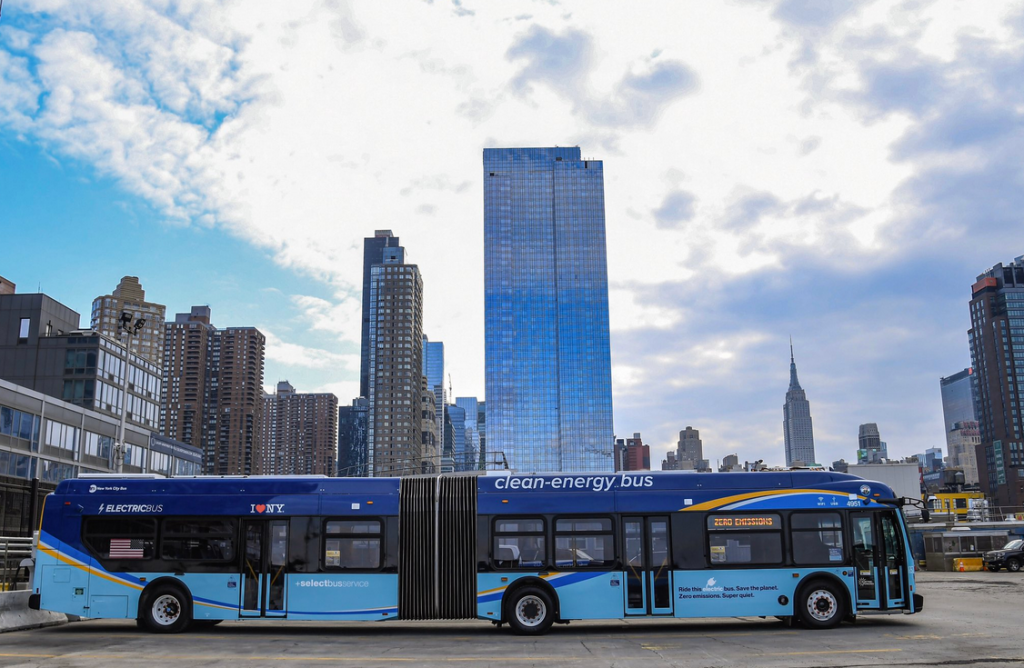 The nation’s largest public bus system rolled out its first all-electric articulated bus Sunday under a plan to convert New York City’s transit agency to a zero-emissions fleet by 2040.

The new vehicle was deployed on one of Manhattan’s busiest crosstown routes, the 14th Street busway. By March, the route will have 15 electric-articulated buses, which are 60-foot-long vehicles connected in the middle with a joint. The Metropolitan Transportation Authority plans to spend $1.1 billion to modify depots for electric operations and purchase about 500 electric buses for all five boroughs under its 2020-2024 Capital Plan.

The transit agency currently operates 10 electric standard buses that are leased under a three-year pilot program launched in 2018 to test the technology. The vehicles are quieter than conventional buses in addition to having no tailpipe emissions.

The buses’ batteries are estimated to operate for 50 to 90 miles, or half a day, on a three-hour charge.