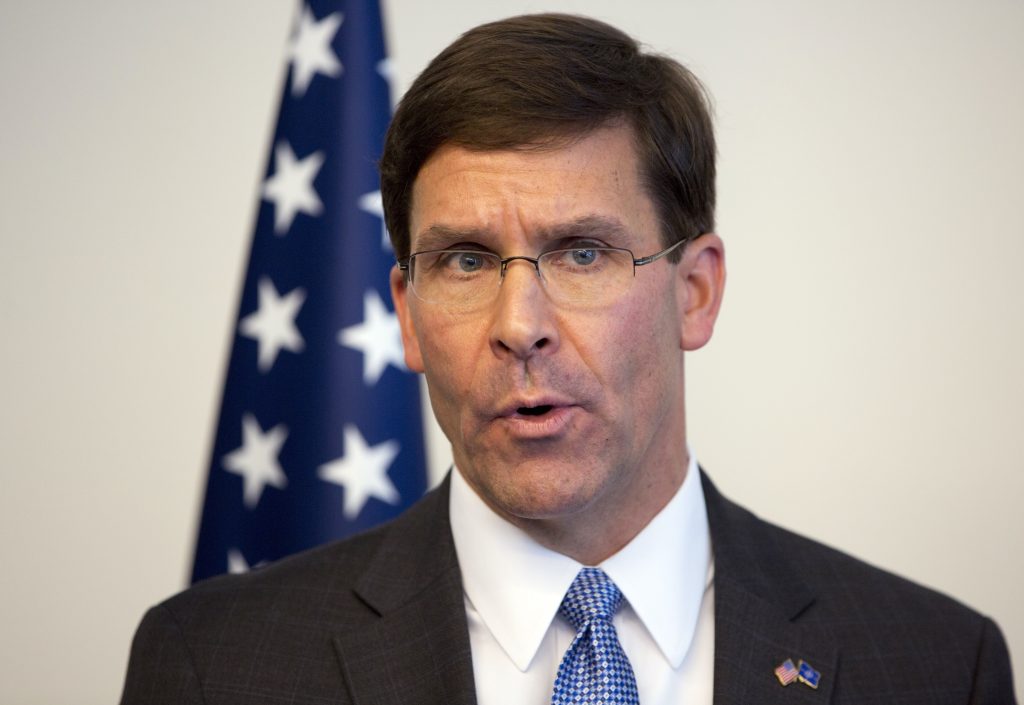 Esper’s call came after a senior U.S. military official warned last week that attacks by Iranian-backed groups on bases hosting U.S. forces in Iraq were pushing all sides closer to an uncontrollable escalation.

Rocket strikes targeting Iraqi bases where members of the U.S.-led coalition are also stationed have increased in past weeks with no claim of responsibility from any party.

However, the U.S. military official said intelligence and forensic analyses of the rockets and launchers pointed to Iranian-backed Shi’ite Muslim militia groups.

Esper “expressed his concerns over the shelling of some installations and the necessity to take procedures to stop it,” a statement from Abdul Mahdi’s office quoted the Pentagon chief as saying during a phone call.

Abdul Mahdi warned Esper that unilateral action could have negative consequences that will be difficult to control and might jeopardize Iraq’s sovereignty.

Abdul Mahdi resigned last month under pressure from mass anti-government protests. He is carrying out his duties in a caretaker capacity.

Tension between the United States and Iran has risen as a result of U.S. sanctions that are hitting Tehran hard. The two sides have also traded blame over attacks on oil installations, militia arms depots and bases hosting U.S. forces.