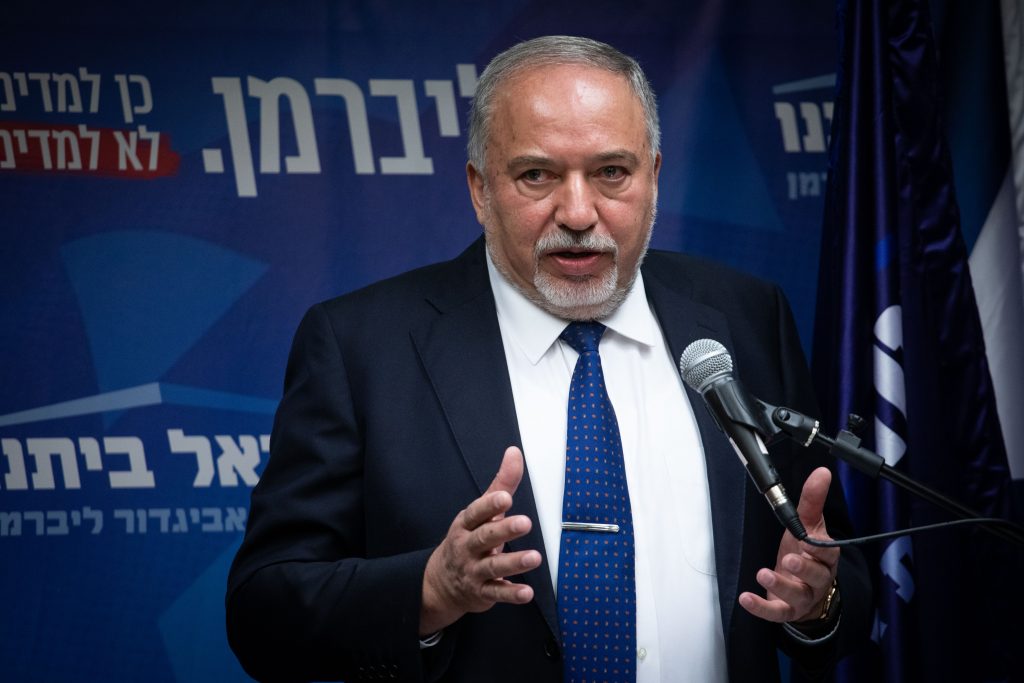 Staking out his spot as the anti-chareidi candidate in the upcoming elections, Avigdor Liberman on Monday railed against Blue and White, accusing the party of making an under-the-table deal with chareidi parties. “The chareidi bloc with Netanyahu is finished, there is now a bloc between the chareidim and Benny Gantz.”

In a social media post, Liberman outlined the “evidence” for his contention. “These signs became very clear, after Blue and White MKs went out of their way to ensure that MK Rabbi Moshe Gafni remained on as chairperson of the Knesset Finance Committee” after Gantz was given the opportunity to form a government and could have replaced Rabbi Gafni. “They also supported without exception the transfer of funds to institutions of Shas and United Torah Judaism, unlike Yisrael Beytenu,” said Liberman.

“To this we can add the comments by MK Yaakov Asher (UTJ), who said that ‘Gantz is a worthy political partner,’ and Aryeh Deri (Shas) who said that ‘Blue and White was ready to give us everything we wanted’ if we joined a Gantz-led government.” Further evidence emerged this week, when Blue and White MKs said that they would not conduct an anti-chareidi campaign in advance of the election.

“This is the party that promised its voters a liberal, secular government in the last election,” wrote Liberman. “Israelis should take a lesson about who is serious about preventing religious coercion,” he added.