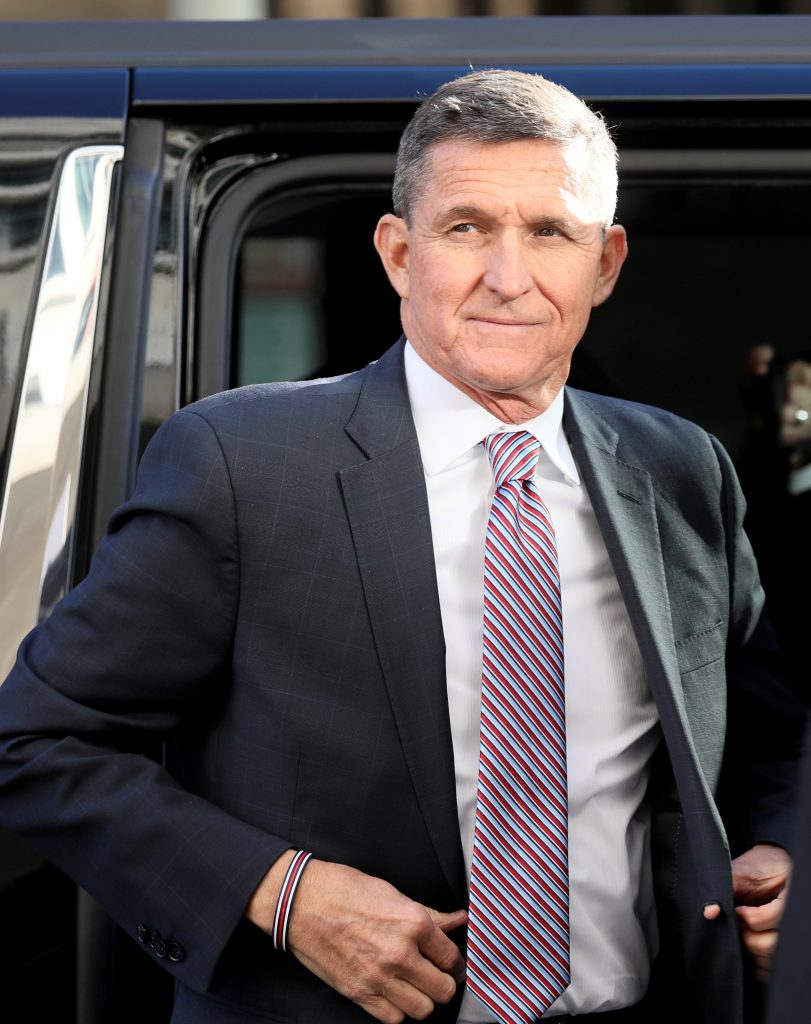 A U.S. judge on Monday flatly rejected a last-ditch bid by President Donald Trump’s former national security adviser Michael Flynn to get the criminal charge to which he already pleaded guilty dropped, brushing aside his claims of misconduct by prosecutors and the FBI.

U.S. District Judge Emmet Sullivan ordered Flynn to appear for sentencing on Jan. 28, concluding that the retired Army lieutenant general had failed to prove a “single” violation by the prosecution or FBI officials for withholding evidence that could exonerate him.

Sullivan’s 92-page ruling represented a major blow to Flynn, who has tried to backpedal since pleading guilty in 2017 to lying to the FBI about his conversations with then-Russian ambassador Sergey Kislyak. Flynn’s sworn statements in his plea agreement “belie his new claims of innocence,” Sullivan wrote.

Flynn was one of several former Trump aides to plead guilty or be convicted at trial in then-Special Counsel Robert Mueller’s investigation that detailed Moscow’s interference in the 2016 U.S. election to boost Trump’s candidacy as well as numerous contacts between Trump’s campaign and Russia.

The statutory maximum sentence for the charge to which Flynn pleaded guilty is five years in prison.

Flynn’s lawyer Sidney Powell, in an emailed statement, called Sullivan’s ruling “as wrong as it is disappointing.”

Flynn was previously supposed to have been sentenced in December 2018, but Sullivan fiercely criticized Flynn and accused him of selling out his country.

Sullivan had appeared poised to sentence Flynn to prison. The judge instead gave Flynn the option of delaying the sentencing to allow him to fully cooperate with any pending investigations including testifying in the Virginia trial of his former business partner Bijan Rafiekian on charges of illegally lobbying for Turkey.

The plans for Flynn to testify later evaporated. A federal judge in September overturned a jury verdict convicting Rafiekian.

Flynn, who Trump fired in 2017 just weeks after taking office, dismissed his former lawyers and tapped Powell, a frequent Fox News guest who has expressed hostility toward the FBI and Mueller.

Her combative approach caused a falling out with prosecutors, who decided not to call Flynn as a witness in Rafiekian’s trial after Powell contended Flynn would not testify to “knowingly” submitting false statements to the Justice Department when he retroactively registered as a lobbyist for Turkey.

Powell has filed a flurry of requests with the court to try to force the Justice Department to turn over troves of records that she said would show the FBI conducted an “ambush” interview of Flynn and withheld evidence that could exonerate him.

“The court summarily disposes of Mr. Flynn’s arguments that the FBI conducted an ambush interview for the purpose of trapping him into making false statements and that the government pressured him to enter a guilty plea,” Sullivan wrote in the ruling. “The record proves otherwise.”

Sullivan took aim at Powell in his ruling as well, saying one of the lawyer’s legal briefs had plagiarized another source by lifting “verbatim portions from a source without attribution” and noted that such conduct violates the District of Columbia’s rules for attorneys.

Powell said the judge’s accusation of plagiarism was “unfounded” because she cited and linked to the brief she was referencing.

The judge’s ruling supported the FBI’s handling of the Flynn investigation a week after the agency was criticized by the Justice Department’s inspector general for the manner in which it handled its applications to a specialized court to obtain a 2016 wiretap of former Trump campaign adviser Carter Page.