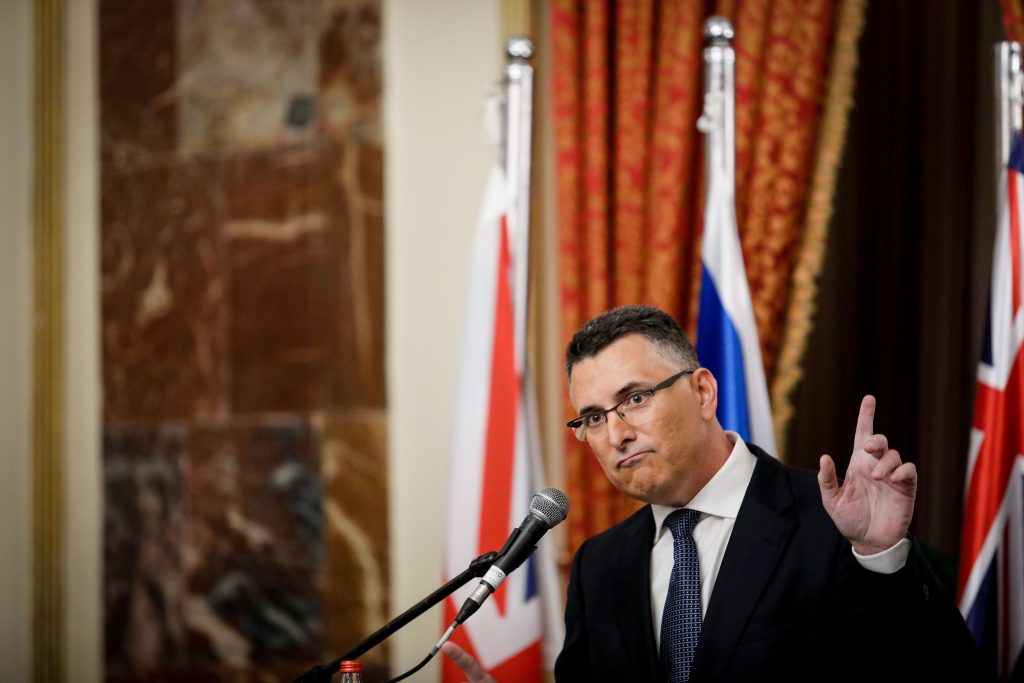 Israeli Prime Minister Binyamin Netanyahu’s challenger for the post of ruling Likud party leader, Gideon Saar, addressed a rally of about a thousand supporters at the official launch of his campaign on Monday night.

In his remarks, Saar tried to walk a line that was respectful of Netanyahu while bluntly calling for new leadership and condemning thuggish behavior within the party.

“Likud members must admit that a prime minister who is respected and admired is stuck and there is no chance that he will be able to form a government after the March 2 election,” Saar said according to The Times of Israel.

“If we don’t bring about change, we are very close to a left-wing government that will endanger the Land of Israel.”

“The decision is simple: Voting for me will guarantee the Likud remaining in power and forming a government led by us,” he said. “Blue and White is praying – or perhaps hoping is a more appropriate word for them – that Netanyahu wins. Choosing Netanyahu is choosing the next head of the opposition.”

The popular Likud politician also accused Netanyahu of “slander” and “threats” against him and his supporters, and noted that some of them were purged from the party membership list.

Saar’s leadership bid marks the first serious internal challenge to PM Netanyahu in his decade-plus in power. Though still a decided underdog to the embattled prime minister, Saar seems to be gaining traction ahead of the Dec. 26 vote among the party faithful, as there is growing skepticism that Netanyahu can still deliver after two indecisive election results and a corruption indictment that may force him out of office.

Outwardly, Likud members have strongly supported their leader and joined in denouncing the alleged “coup” of the liberal elites against him.

But Saar’s burgeoning insurrection has begun to reveal some cracks.

While Netanyahu’s various opponents across the political spectrum have called on him to resign because of his legal woes, Saar has kept saying the party needs a new leader because Netanyahu has been unable to form a stable coalition government and is unlikely to be able to again if given another chance.

Recent polls show that with Saar as leader, Likud itself would lose seats, but the bloc with its chareidi and nationalist allies would be enlarged. Saar would also be in an easier position to create a national unity government with the centrist Blue and White party if, as expected, the upcoming March election produces a deadlock as the previous two rounds have.

However, Saar is not lacking for detractors. Likud MK David Amsalem told Kan radio that “Most people in Likud think the gap between Netanyahu and Saar is like between a Mercedes and a Sussita,” a reference to the ill-fated Israeli-made auto of yore.

Most senior Likud politicians have either kept quiet on the contest or endorsed Netanyahu. According to Channel 13, people are watching Public Security Minister Gilad Erdan to see if he comes out for anyone.

Knesset Speaker Yuli Edelstein is also not expected to make an endorsement, according to Channel 12.