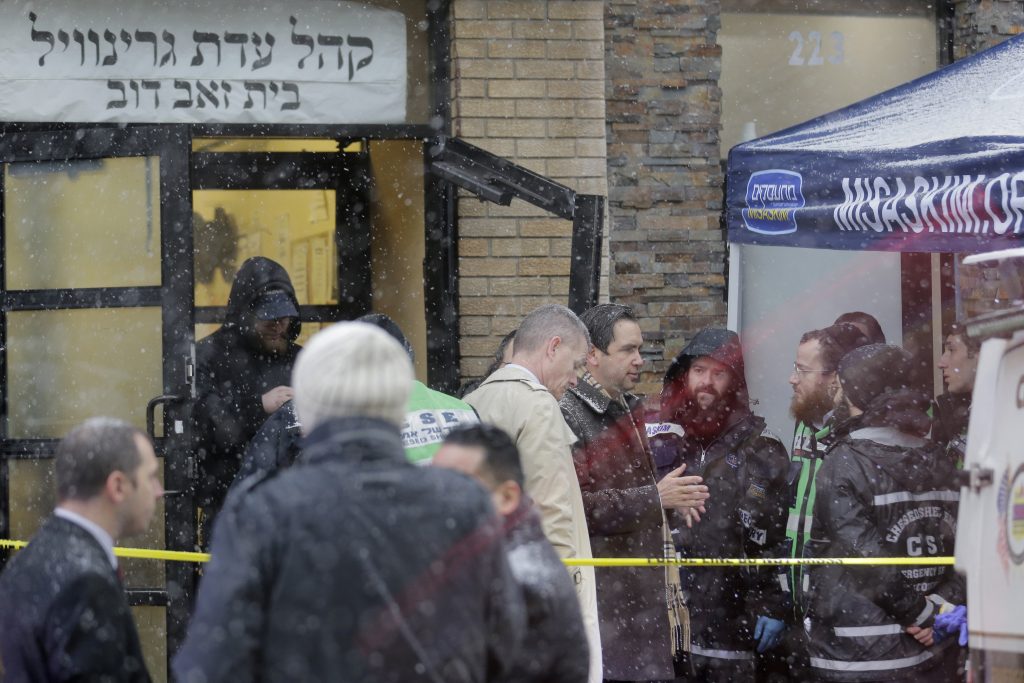 A man has been arrested for illegally possessing a weapon after his number was found in the pocket of one of the perpetrators of last week’s shootings at a Jewish market in New Jersey, federal authorities said.

Ahmed A-Hady of Keyport, 35, was charged with being a felon in possession of a firearm, the U.S. attorney’s office said late Saturday.

A man and woman killed a police officer in a cemetery and then stormed a kosher supermarket Tuesday, killing three people. Afterward, a note was found in the male shooter’s pocket containing a telephone number and a Keyport address, according to authorities.

The number belonged to A-Hady, and the address was for a storefront for a pawn shop, officials said. Records indicated that A-Hady had bought two handguns in 2007 before being convicted of a felony in 2012 that made him ineligible to own firearms.

When authorities went to the pawn shop and interviewed A-Hady, he acknowledged still owning the weapons but denied that they were on the premises. But, after receiving a tip about a safe, investigators searched the business and A-Hady’s home and found weapons and more than 400 rounds of ammunition ”including a large number of hollow point bullets.”

No information was provided in the statement about any possible relationship between A-Hady and the attackers.

Authorities earlier announced the recovery of a white van they say may be connected to the shootings, which are being investigated as domestic terrorism.

Authorities earlier said the attackers, David Anderson, 47, and Francine Graham, 50, were armed with a variety of weapons, including an AR-15-style rifle and a shotgun, and a pipe bomb was also found in a stolen U-Haul van.

Officials said they had expressed interest in a fringe religious group called the Black Hebrew Israelites, whose members often rail against Jews and whites, but there was no evidence so far that they were members and they are believed to have acted alone, Grewal said.

A fourth person in the store was shot and wounded but managed to escape, authorities said.

A-Hady is expected to appear Monday before a federal magistrate; it’s unclear whether he has an attorney and a message could not be left at a number listed in his name.