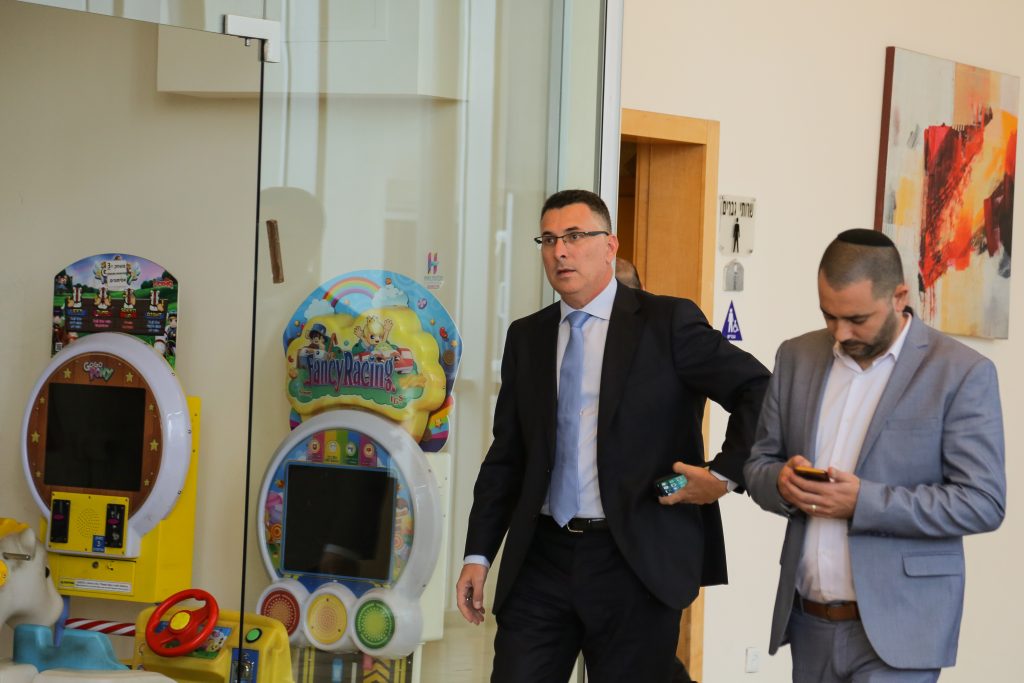 Gideon Saar, who is challenging Israeli Prime Minister Binyamin Netanyahu‏‏ for Likud leadership, lost a bid to block a major network profile of the PM.

The Central Elections Committee turned down his petition to prevent the airing of a four-part series on Netanyahu’s career, “The Days of Binyamin,” on Channel 12, Sunday through Wednesday.

Saar argued that airing of the program gives PM Netanyahu an unfair advantage during the political campaign.

Meanwhile, Netanyahu summoned Likud MK Sharren Haskel for a meeting to discuss who she’ll support in the run for chairman. The Knesset Channel reported she might back Saar.

Later on Sunday, Haskel endorsed Saar, according to The Times of Israel.

So far, four Likud MKs have come out for Saar in the December 26 primary — Haim Katz, Yoav Kisch, Etty Atia and Michal Shir.

In a speech on Sunday night, Saar attempted to stake out a position to the right of Netanyahu on the Palestinians, calling the two-state solution, which the PM has gone on the record as accepting, as “two-state illusion.”

“Countless Israeli governments have tried to further this idea, of a two-state solution, and it has never been met by anything other than Palestinian rejection,” he stated. “Even Netanyahu has made countless overtures to [Palestinian Authority President Mahmoud] Abbas. He gave the Bar-Ilan Speech [expressing willingness for the Palestinians to have a demilitarized state]. He froze building in the Jewish settlements in Judea and Samaria,” he was quoted as saying by The Jerusalem Post.

“The Palestinians never even sat to seriously negotiate. They are not interested in ending the conflict. They are only interested in teaching their children to kill Jews, with rocks, cars, knives, guns, bombs and rockets. Abbas knows the truth – that after decades of incitement and brainwashing, the Palestinians are not ready accept peace with Israel.”

Saar made the remarks at the International Institute for Strategic Dialogue’s conference in Yerushalayim, which included former and current senior officials from Australia, Britain and Israel.