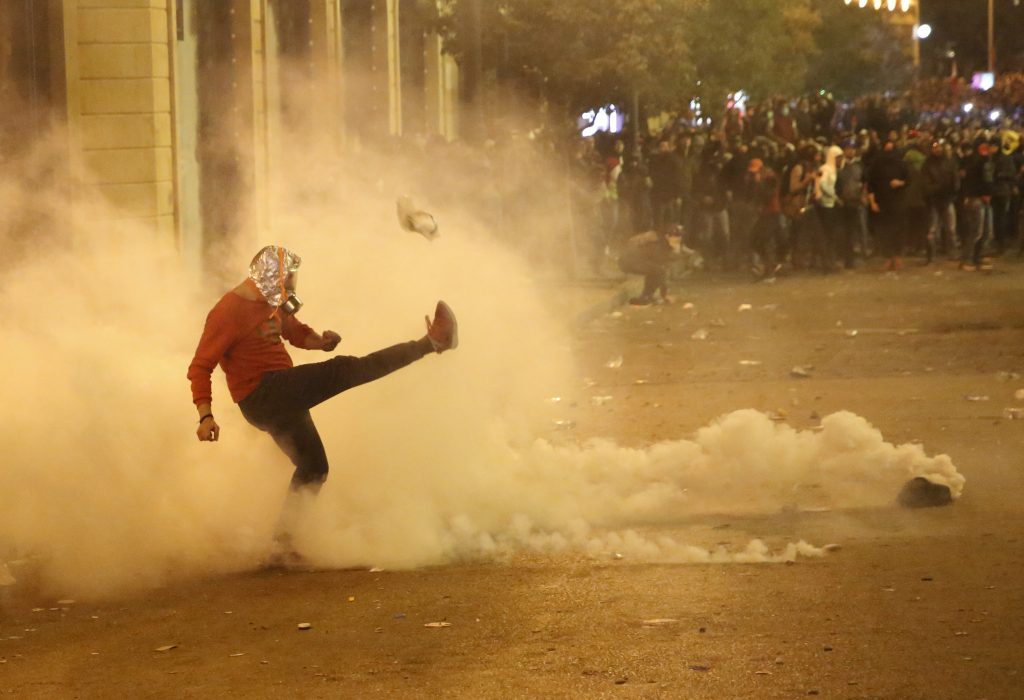 Lebanese security forces fired tear gas, rubber bullets and water cannons Sunday to disperse hundreds of protesters for a second straight day, ending what started as a peaceful rally in defiance of the toughest crackdown on anti-government demonstrations in two months.

The violence comes on the eve of a meeting between the president and parliamentary blocs in which resigned Prime Minister Saad Hariri is widely expected to be renamed to the post.

Hariri resigned Oct. 29 amid nationwide protests that have accused the entire political elite of corruption and mismanagement amid Lebanon’s worst economic crisis in decades. The protesters say they won’t accept Hariri as prime minister, demanding an independent head of government not affiliated with existing parties.

After weeks of bickering, the political parties failed to put forward independent names, most of them insisting on keeping their political share in the government.

The protests Sunday were largely peaceful, but some demonstrators lobbed water bottles and firecrackers at security forces guarding parliament. After a couple of hours, security forces chased the protesters away, using batons and tear gas to disperse the crowd. The protesters dispersed in central Beirut. At one point, someone set fire to two tents set up by protesters in Martyrs’ Square, the epicenter for the anti-government protests for 60 days.

The army also deployed on a nearby main thoroughfare, effectively separating the protesters and rival supporters of political groups, according to reports on al-Jadeed. The local tv station filmed soldiers forcing protesters to retreat from central Beirut’s squares.

Tension has surfaced between protesters and supporters of the Shiite groups Hezbollah and Amal, after the later rejected criticism of their leaders.