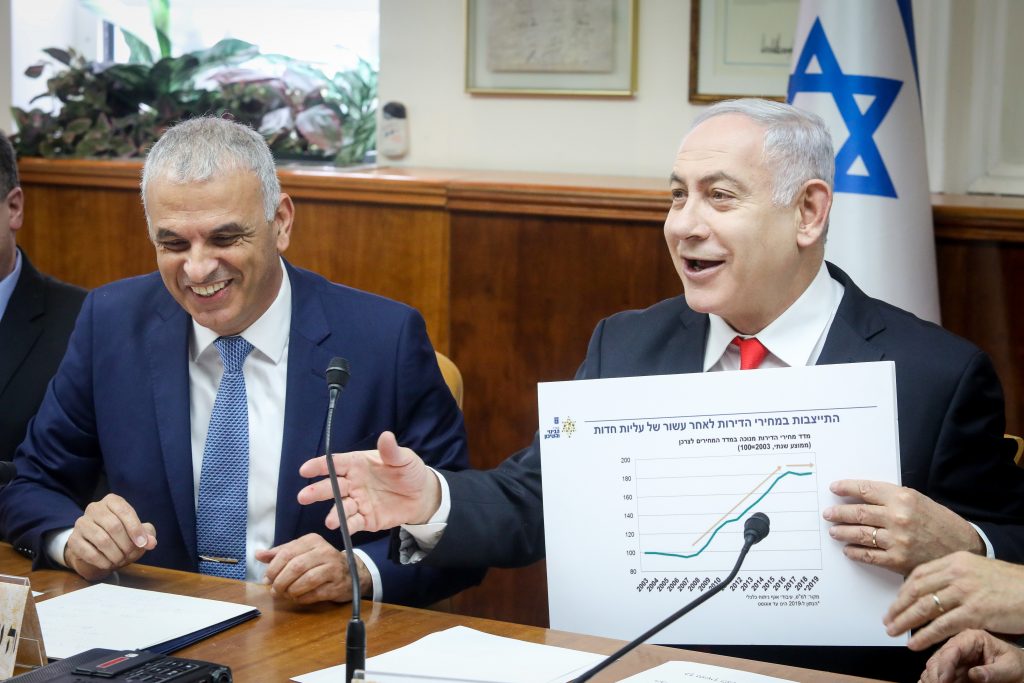 “When [he] took office almost five years ago, he sought to take the matter under his leadership, and we set a series of tools at his disposal to carry out what was then perceived as unattainable – to halt rising housing prices,” said Netanyahu.

“What happened here is a tremendous achievement for our government, for you, Minister, and for the team that worked with you. Stabilization. There has been a very steep rise in housing prices, and about three years ago, there was a flattening out, that even if the media tries, it cannot ignore.”

The prime minister cited data furnished by the Central Bureau of Statistics (CBS), which traced a fall in property prices by a total of 1.3 percent in 2018. Between January and August 2019, prices increased by a total of 2 percent. Prices rose by approximately 80 percent over the last decade in real terms.

Representatives from the Ministry of Housing and Construction told the ministers that for the first time, the country met its multi-year construction targets in 2019. Construction has begun on 52,000 properties this year, according to official figures.

According to a long-term strategic construction plan published by the Prime Minister’s Office in 2017, seeking to ensure adequate housing for Israel’s rapidly growing population, a total of 52,000 properties must be constructed annually between 2017 and 2020. The construction of 67,000 properties per year will be required by 2036 to meet an ever-rising demand.