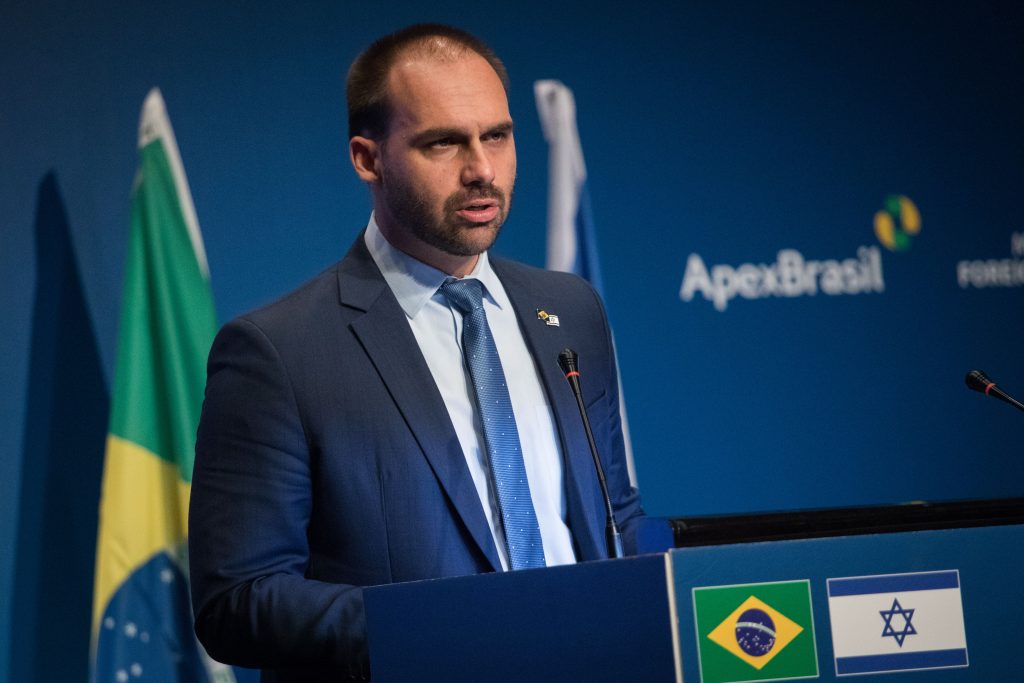 Brazil opened a trade office in Yerushalayim on Sunday, falling short of initial promises to move its embassy to the capital, but Israeli officials remain hopeful that the move will be made eventually, The Times of Israel reported.

The official opening bolstered hopes of an expanded presence in the city, as Eduardo Bolsonaro, a senior lawmaker and the son of Brazil’s President Jair Bolsonaro, repeated his government’s pledge to relocate the embassy soon.

Prime Minister Binyamin Netanyahu, also at the opening ceremony on Sunday, said the trade office is “a part of President Bolsonaro’s commitment to open an embassy in Jerusalem next year, as we say, b’ezrat Hashem [God willing].”

The Brazilian Trade and Investment Promotion Agency, known as Apex-Brasil, which works out of the country’s foreign ministry, will be occupying the office in Har Hotzvim tech park. Initial plans call for a modest staff of three people.

Bolsonaro, who chairs the Foreign Affairs and National Defense Committee of the Brazilian National Congress’ Chamber of Deputies, said they are examining the optimal path for moving the embassy.

“If we’re doing this move in a smart way, for sure other countries will be comfortable to do the same, and that’s what we expect,” he said, speaking in English.

In the meantime, the trade office does not have formal diplomatic status.