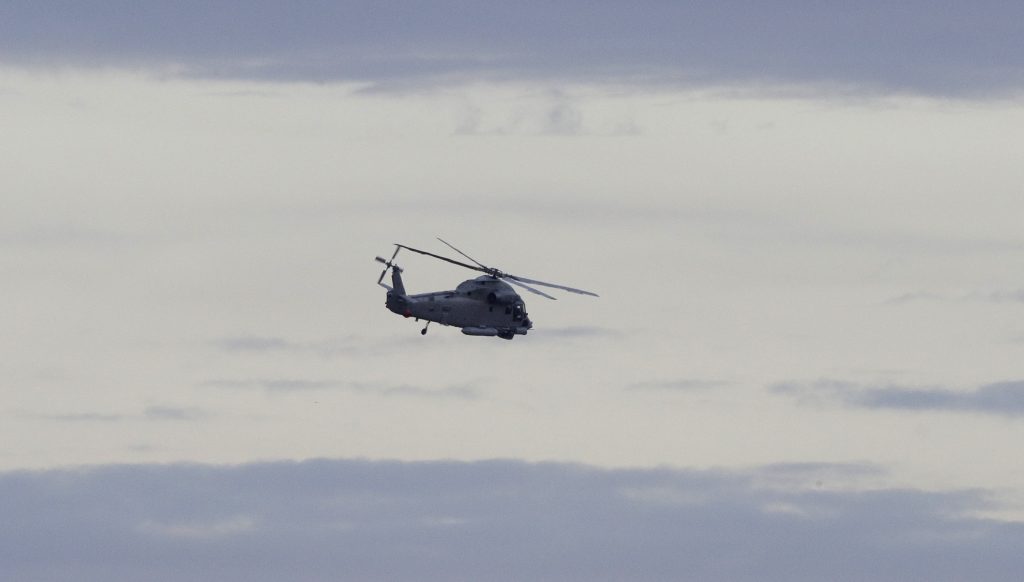 New Zealand military specialists wearing protective gear landed on a small volcanic island on Friday and recovered six bodies of the 16 people who died in an eruption four days earlier.

The specialists — six men and two women wearing hooded protective suits and using breathing gear — landed by helicopter on White Island and found six of the eight bodies thought to be there.

“We know that reunification won’t ease that sense of loss or grief because I don’t think anything can. But we felt an enormous duty of care as New Zealanders to make sure that we brought their family members back,” Prime Minister Jacinda Ardern said at a news conference.

The families expressed relief upon being told of the successful recovery, Police Deputy Commissioner Wally Haumaha said. “They’ve got their loved ones coming home,” Haumaha said.

The bodies were airlifted to a nearby ship where the risky operation was monitored. Toxic volcanic gases are still venting from the crater, and scientists say another eruption like the fatal one Monday is possible.

The bodies were to be taken to Auckland for identification. They are thought to be Australians, who were most of the visitors to the island on Monday when the volcano erupted.

Another recovery operation was planned for the last two bodies, thought to be New Zealanders, a tour guide and a boat captain who had taken tourists to the island.

Police said divers searched the sea around the island briefly in the afternoon before weather conditions forced them to stop for the day. Aerial surveillance was also used to try to locate the two bodies.

“We do believe that at least one of them is in the water and the other one we are unsure,” but the body may be in the sea as well, Police Commissioner Mike Bush said at a news briefing. “We will continue to search for these people,” he added.

Conditions on land were good for Friday’s recovery operation and the volcano was “quiet” as the team worked, Police Deputy Commissioner Mike Clement said.

Scientists have warned that White Island, which is the exposed tip of a mostly undersea volcano, is “highly volatile,” and has been venting steam and mud regularly.

The eruption Monday occurred as 47 tourists and their guides were exploring the island. Many of the survivors were severely burned.

Counties-Manukau Health chief medical officer Dr. Peter Watson said 15 people are in burns units at various New Zealand hospitals, including 11 whose conditions are “very critical.” All 13 Australians who suffered burns have been returned to Australia, he said.

Specialist medical teams were heading to New Zealand from Australia, Britain and the United States. Skin banks were also sending tissue to New Zealand hospitals to use for grafts.

Authorities say 24 Australians, nine Americans, five New Zealanders, four Germans, two Britons, two Chinese and a Malaysian were on the island at the time. Many were from a Royal Caribbean cruise ship that had left Sydney two days earlier.