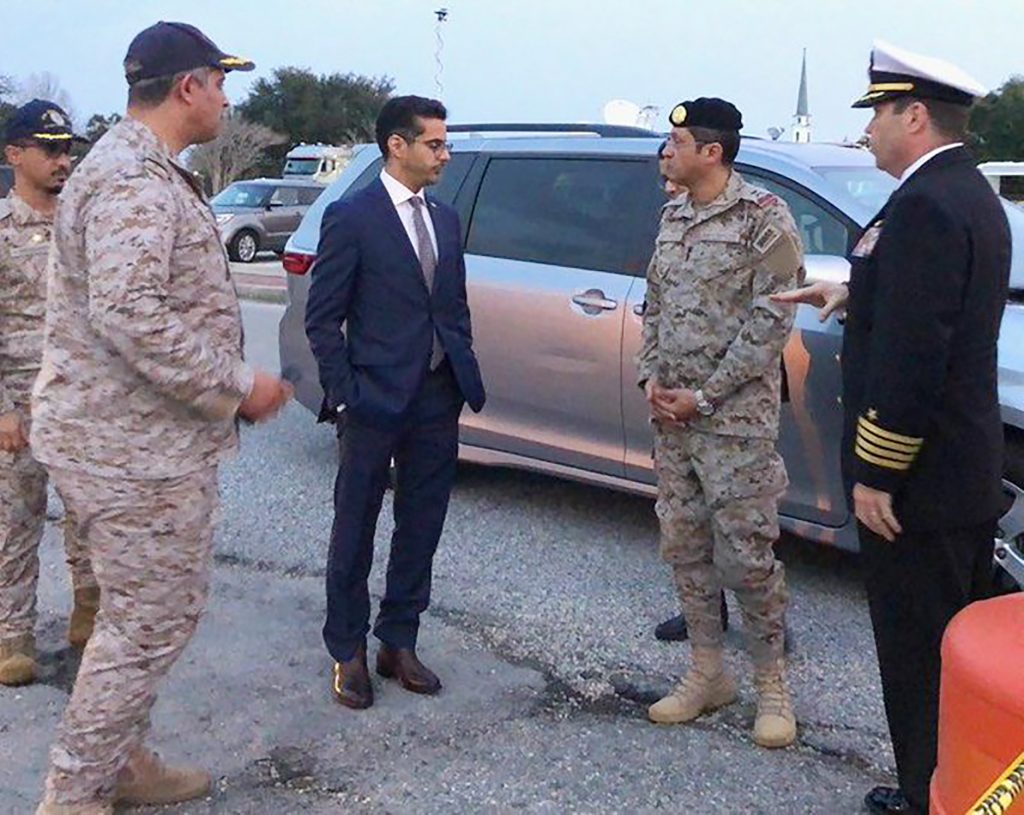 No new international military students will come to the United States for training until new screening procedures are in place, the Pentagon said Thursday in the wake of the deadly shooting last week by a Saudi Arabian aviation trainee at a Florida Navy base.

The Defense Department’s chief spokesman said there is no explicit ban on new students, but none will enter the country until the department expands its role in the screening process and begins the additional reviews. Currently the bulk of the screening is done by the departments of State and Homeland Security, as well as the host nation.

Jonathan Hoffman told reporters that new screening guidelines should be in place in the coming days. The deputy defense secretary ordered a 10-day review of the vetting process earlier this week.

Federal authorities say Saudi Air Force 2nd Lt. Mohammed Alshamrani, 21, killed three U.S. sailors and injured eight other people at the Pensacola Naval Air Station last Friday. Investigators are digging into whether he acted alone, amid reports he hosted a party earlier last week where he and others watched videos of mass shootings.

About a dozen Saudi students who were acquaintances of the shooter are currently confined to the base. The Pentagon has suspended flight and other operational training for all Saudi Arabian students in U.S. military programs.

Asked why the safety restriction was applied to all Saudis and whether there are concerns that there is a broader threat from students from the country, Hoffman said the decision “seemed prudent.”

“If something else were to happen and we had not taken steps to address and enhance our vetting and screening, that would be unacceptable to the American people and we should be held to account for that,” Hoffman said.

He said the enhanced screening, when completed, will affect all international students.