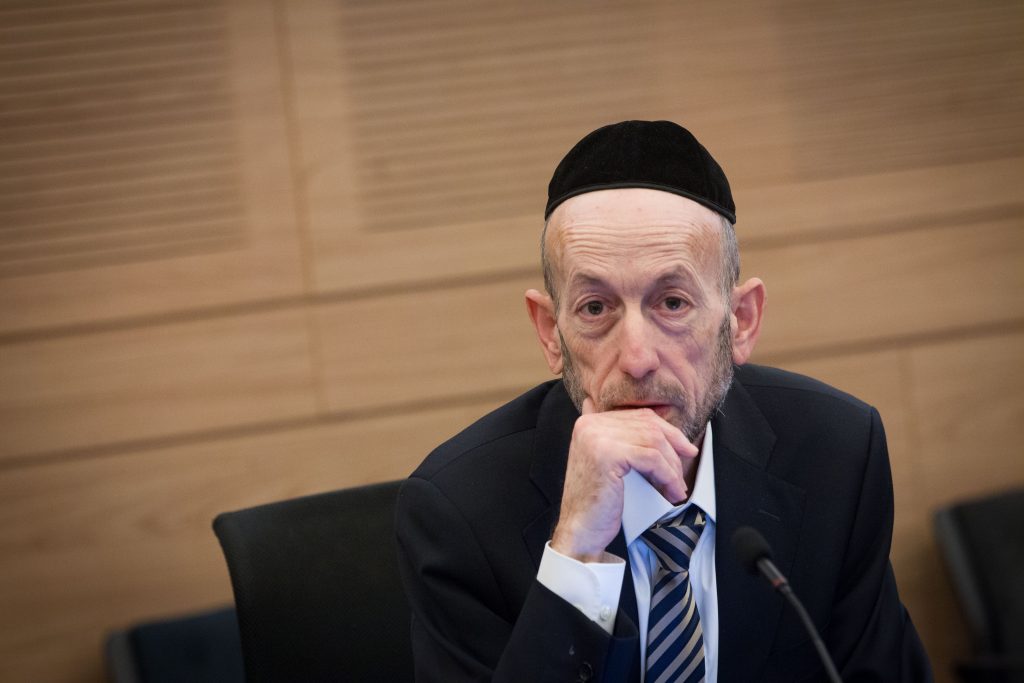 With elections set for next March, political parties have kicked off their campaigns – and it’s every party for itself, MK Rabbi Uri Maklev (United Torah Judaism) said in an interview. Speaking to Reshet Bet, MK Rabbi Maklev said “the bloc is ended. Now all parties will try to recruit as many voters as they can.” As “independent agents,” he added, UTJ could now choose what kind of government to join, and “we are not ruling out the possibility of joining a government with Avigdor Liberman’s Yisrael Beytenu party.”

That does not apply to Yair Lapid, however; even if he drops his rotation agreement with Blue and White, as he said he would do earlier this week, UTJ will not join a government in which he is a principal. Although Liberman has, like Lapid, vociferously criticized chareidim, there was a difference between the two. “With Liberman, the talk against chareidim is politics, but with Lapid, it is based on the hatred he grew up with in his home,” MK Rabbi Maklev said. Lapid’s father, former Maariv publisher and MK Yosef (“Tommy”) Lapid, was a strident voice against chareidim in his time.

Shas leader MK Rabbbi Aryeh Deri expressed similar thoughts. Speaking Thursday, Rabbi Deri told Reshet Bet that “for years we have shown our loyalty to Binyamin Netanyahu, because we thought he was the best choice for prime minister, given his experience. We will continue to support him, and I hope that the results of the next election will be different. What will happen if the rightwing bloc does not achieve 61 seats? I don’t know what to say. We indeed do have the potential for more than 61 seats, but internal divisions prevent us from achieving that potential. I hope that all members of the bloc, especially the religious Zionist parties, can sort things out and run together.”

As far as MK Rabbi Moshe Gafni is concerned, Netanyahu is still first choice. “We are going with the right because of ideological reasons, and the leader of the right is Netanyahu. That is not going to change,” he said in a radio interview. “Even if there are fourth elections we will stick with the Likud. It doesn’t matter who leads the party, that is up to Likud members.”