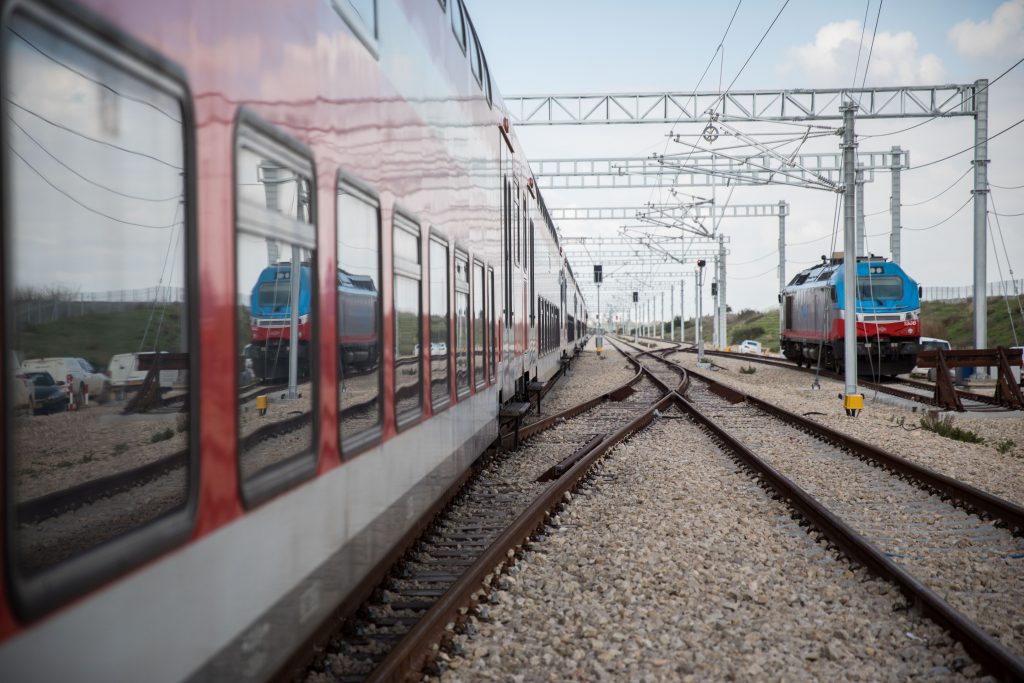 After months of tests, the high-speed rail line between Yerushalayim and Tel Aviv will make its maiden trip on Motzoei Shabbos, with two trains leaving from the Yitzchak Navon station in Yerushalayim (located near the Central Bus Station) and reaching the Haganah station in Tel Aviv 32 minutes later – with a four-minute stop at Ben Gurion Airport, the train’s only stop on the route.

Tests of the all-electric railway have been ongoing, with passengers taking the train to the airport, and switching to the Yerushalayim-bound train, which has been operating for some time. This will be the first time passengers will be able to travel between the cities without changing trains.

The high-speed rail line will ferry passengers between Tel Aviv and Yerushalayim in barely half an hour, achieving speeds of up to 160 kilometers per hour (100 mph). According to the Transport Ministry, the line includes five kilometers of bridges, including the longest bridge in Israel, at a length of 1.2 kilometers. It is also the highest bridge, rising to some 90 meters off the ground. Besides the highest bridge, the railway includes the country’s longest tunnel – 11.6 kilometers. In addition, the railway’s Yerushalayim terminus, which is about 80 meters below ground, is one of the deepest commuter railway stations in the world.