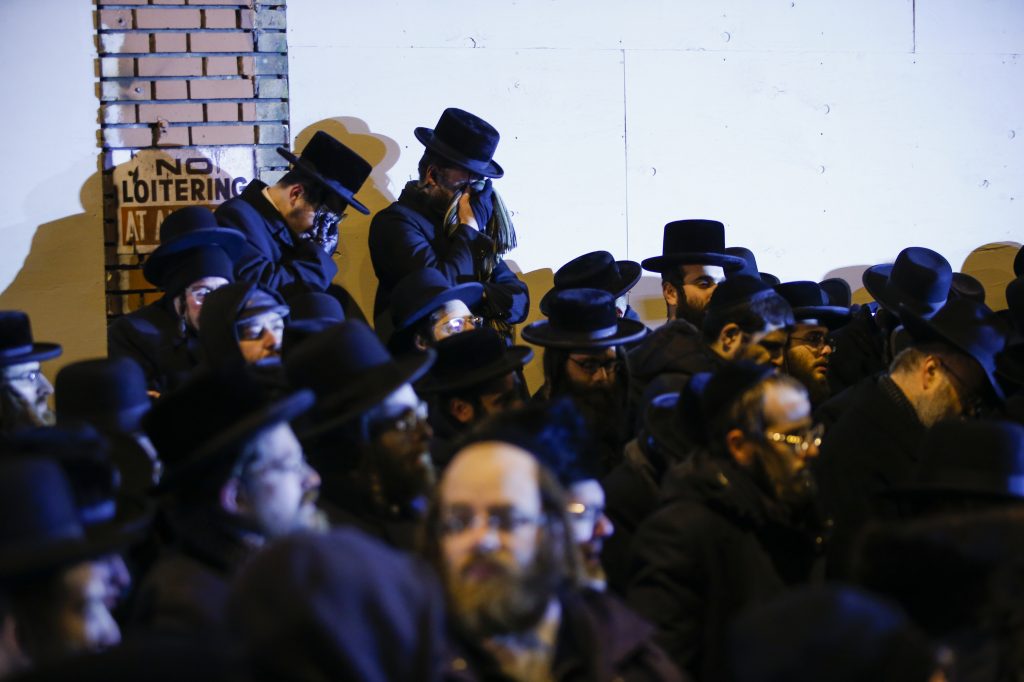 Investigators are looking to pinpoint what prompted a deadly attack on a Jewish supermarket in Jersey City amid fears that it was motivated by anti-Semitism.

A gunbattle and standoff at the JC Kosher supermarket this week turned the neighborhood into a virtual war zone and left four people killed — a police officer and three people who had been inside the store.

Officials recounted Wednesday how a man and woman deliberately targeted the store a day earlier. They also believe the two dead attackers identified themselves in the past as Black Hebrew Israelites, a movement whose members have been known to rail against white people and Jews, according to a law enforcement official who was briefed on the matter but was not authorized to discuss the case publicly and spoke on condition of anonymity.

In addition, authorities have found social media postings from at least one of the attackers that were anti-police and anti-Jewish, the official said.

Jersey City Mayor Steve Fulop called the bloodshed a hate crime against Jews, as did New York’s mayor and governor.

But others have urged caution, saying much remains unknown about the attack. New Jersey Attorney General Gurbir Grewal said Wednesday that officials have obtained evidence that could reveal a motive, but that it’s still too early in the investigation to say what might have prompted the assault.

“The why and the ideology and the motivation — that’s what we’re investigating,” Grewal said.

The attackers were identified as David N. Anderson, 47, and Francine Graham, 50 — both of them also prime suspects in the slaying of a livery driver found dead in a car trunk in nearby Bayonne over the weekend, Grewal said.

But authorities are still trying to determine if anyone else is involved in the Jersey City attack, according to Grewal. Anderson was armed, but the attorney general wouldn’t confirm if Graham also had a weapon when she followed Anderson into the market. Several weapons were recovered from the store.

Two of the victims at the store were Jewish: Mrs. Mindel Ferencz, 31, who with her husband owned the grocery, and 24-year-old Moshe Deutsch, from Brooklyn, who was shopping there. Authorities identified the third victim as store employee Douglas Miguel Rodriguez, 49.

The bloodshed in the city of 270,000 people across the Hudson River from New York City began at a graveyard, where Detective Joseph Seals, a 40-year-old member of a unit devoted to taking illegal weapons off the street, was gunned down by the assailants, authorities said. They then drove the van about a mile to the kosher market.

The drawn-out battle with police filled the streets with the sound of high-powered rifle fire, as SWAT officers in full tactical gear swarmed the neighborhood. The attackers were killed in the shootout with police.

A fourth bystander was shot at the store when the attackers burst in, but escaped, Grewal said. His name was not released.

The prospect of attacks against Jews weighed heavily on the thousands of people who attended the levayos on Wednesday night.

In the deadliest such attack in U.S. history, 11 people were killed in an October 2018 shooting at a congregation in Pittsburgh. Last April, a gunman opened fire at a Chabad shul north of San Diego, killing a woman and wounding a rabbi and two others.

The kosher grocery is a central fixture in a growing community of Orthodox Jews who have been moving to Jersey City in recent years and settling in what was a mostly black section of Jersey City.