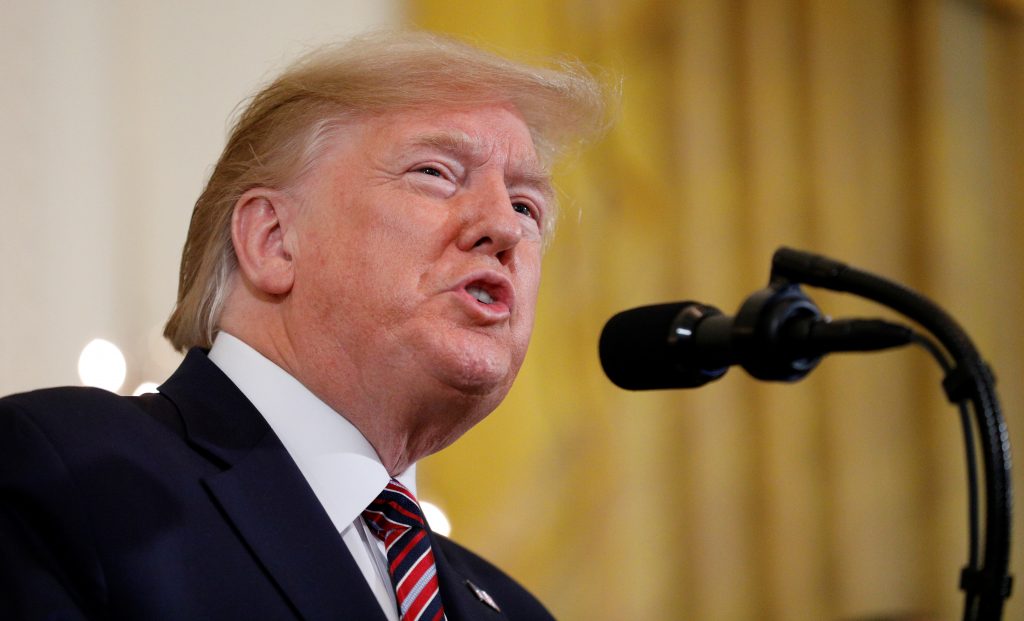 President Donald Trump signed an executive order Wednesday targeting what his administration describes as a growing problem with anti-Semitic harassment on college campuses.

Trump has sought to closely align himself with Israel, a move that appeals to many evangelical voters, too. He said Wednesday that the order sends a message to universities: “If you want to accept the tremendous amount of federal dollars that you get every year, you must reject anti-Semitism. It’s very simple.”

Under the order, the Department of Education will consider the International Holocaust Remembrance Alliance’s definition of anti-Semitism — which can include criticism of Israel — when evaluating discrimination complaints under Title VI of the Civil Rights Act. The department could withhold funding from schools that it finds in violation of Title VI.

The order comes as the Boycott, Divestment and Sanctions movement against the Israeli government for its treatment of Palestinians becomes more prominent on some college campuses.

The Israeli government has urged allies to rein in the boycott movement, while its backers deny anti-Semitism charges and describe themselves as critical of Israeli decision-making, not Jews.

“My administration will never tolerate the suppression, persecution or silencing of the Jewish people,” Trump said. “We forcefully condemn this anti-Semitic campaign against the state of Israel and its citizens.

Trump signed the executive order at a Chanukah reception at the White House, the first of two on Wednesday. Robert Kraft and Harvard law professor Alan Dershowitz were among those in attendance who spoke in favor of Trump’s actions.

The Jewish Democratic Council of America called it a political stunt.

“It’s not up to Donald Trump to define, stereotype, or use Jews for his own political advantage, and we reject his attempts to do so,” said the group’s executive director, Halie Soifer.