Israel Liberman Snipes at Netanyahu: ‘Are You a Foreign Agent?’
Israel 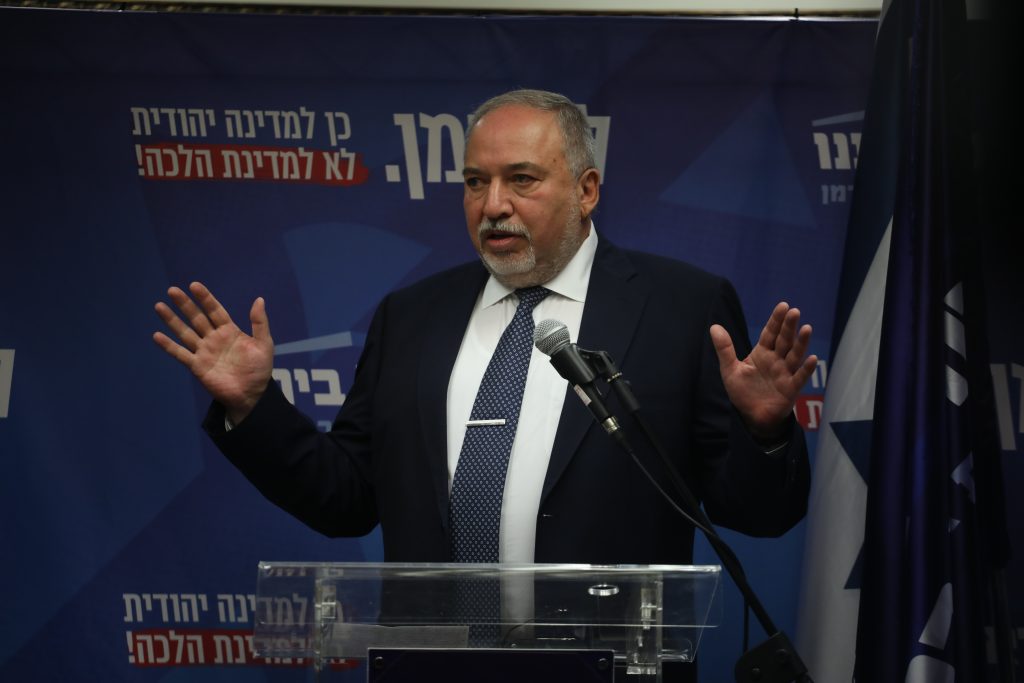 As the Knesset discussed dispersing itself in a special session Wednesday morning – an event that will occur if a government is not formed by midnight, or a candidate to appoint one within the next two weeks is not appointed – MKs expressed hope for a last-minute “December surprise” that would allow the plenum to continue serving. In interviews with various media outlets in recent days, some MKs have expressed hope that Avigdor Liberman would, at the last minute, relent and join a government led by Binyamin Netanyahu, at least temporarily, in order to stave off elections.

But on Wednesday, Liberman made it clear that the Likud should not count on him. In a scathing social media post, Liberman laced into Netanyahu personally, accusing him of possibly being “an agent of the anonymous wealthy forces from different places in the world. Maybe you are an agent of James Packer,” an Australian billionaire whom Netanyahu is accused of taking gifts from. “Look into the mirror very well,” Liberman instructed Netanyahu. “It’s time to take stock of yourself.”

Liberman is no stranger to police investigations, having gone through a number of them over corruption charges, but any comparison to Netanyahu is inappropriate, he said. “The difference between us is that for me, the end never justified the means. I never gave up principles for a seat in the government. If I had acted like you would, I would have never hesitated to enter a Blue and White-led government that relies on the United Arab List.”

Liberman added that “in recent days I have noticed an uptick in personal attacks on me and my family, falsehoods” emerging from Netanyahu’s camp. “Apparently at your age you no longer remember that I was the one who supported the framework of President Reuven Rivlin, which would have seen you take the prime minister’s post.” Liberman is set to make an announcement later Wednesday, presumably at the time the Knesset is discussing its dispersal.

Speaking on Reshet Bet, Likud MK Miki Zohar said Wednesday that “the cat is out of the bag, Liberman’s true feelings are on display for all to see. I am tired of investing time and effort in this person,” in attempting to persuade him to join a government led by Netanyahu, he said.