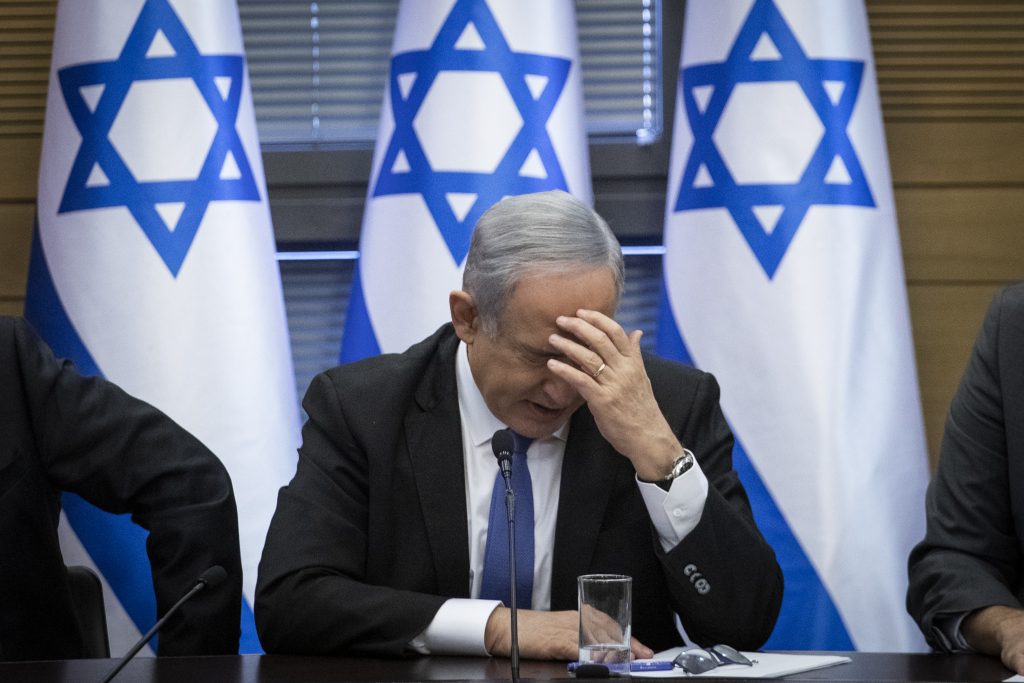 With hours left to go until the dispersal of the Knesset, Prime Minister Binyamin Netanyahu on Wednesday afternoon was said to be considering one last political move – declaring that he will not seek Knesset immunity on the indictments he is to be served with. Netanyahu will offer Blue and White a deal in which he gives up his immunity in exchange for the formation of a government under the framework proposed by President Reuven Rivlin, with Netanyahu serving as Prime Minister for six months before turning things over to Benny Gantz.

The purpose of the declaration would be to “pass the ball” back to Blue and White, putting the party on the spot and foisting on it the responsibility for failing to join a unity government. Reports Wednesday afternoon said that Netanyahu was considering making the declaration, in order to take away from Blue and White what is likely to be a main theme in its campaign. Earlier Wednesday, Gantz said that new elections were being called because Netanyahu “is conducting a struggle to get immunity for himself. He has been doing this for two election campaigns, and is likely to try it a third time as well. We will do everything to make sure he does not get immunity,” Gantz said.

On Monday, Gantz demanded that Netanyahu announce that he would not seek immunity, and on Tuesday, Kan News reported that senior Likud members had offered Blue and White a deal that would include such a declaration by Netanyahu. According to Zeev Kam, political reporter for Kan News, “the response they received from Blue and White was that surrendering on immunity would allow for negotiations to be reopened, but nothing more. So the Likud said ‘thanks but no thanks.’”

As Prime Minister, Netanyahu has the right to seek immunity from prosecution, a request that needs to be approved by the Knesset. The request would likely hinge on how Yisrael Beytenu would vote, but analysts believe that many of the party’s MKs would vote with Netanyahu, as a protest against the prosecution’s manhandling of the investigation against him – and, in the past, party leader Avigdor Liberman. Netanyahu has not publicly said whether he would seek immunity or not.

MK Miki Zohar said Wednesday that Netanyahu should declare that he will indeed seek immunity. “Blue and White knows very well such a declaration by Netanyahu means the end of his era as Prime Minister. I call on the Prime Minister to file a request for immunity. We will accept and approve it, and you will be able to do the work you need to do in a quiet and dignified manner. We will thus be able to prevent the left and the media from celebrating our downfall,” Zohar said.