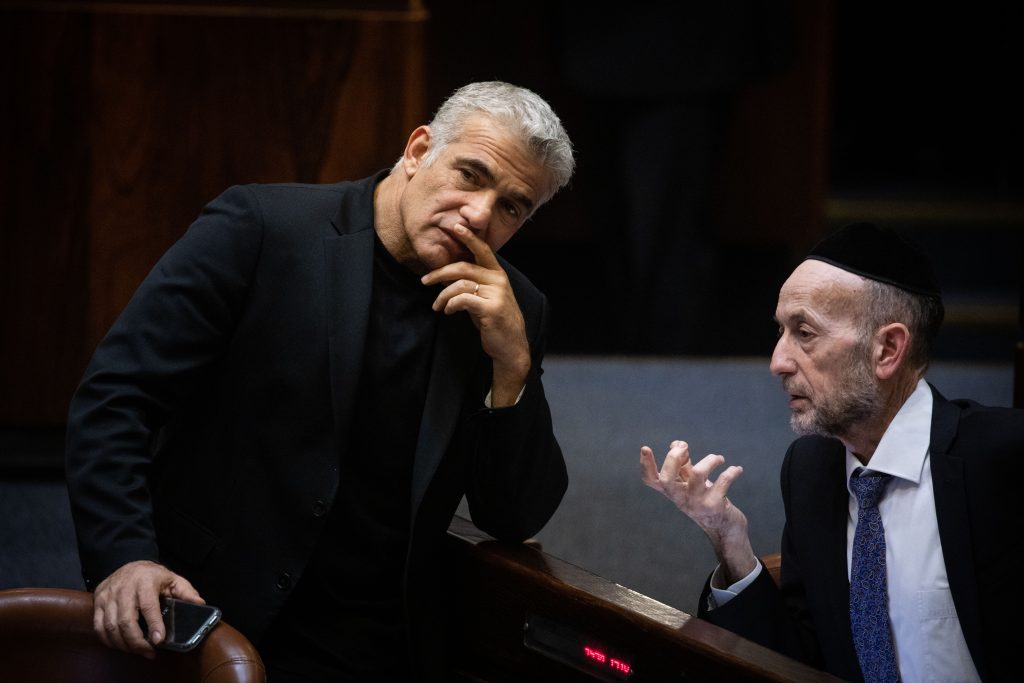 Suspense might not be the right word to describe the feeling in Israel as the midnight Wednesday deadline for forming a government approached.

While the principle players were saying it still wasn’t too late to put together a unity government and avert the disaster of another election round, almost all hope had been crushed by over two months of failure and recriminations.

The final vote on dissolving the Knesset, which is the necessary preliminary to elections, was expected to be delayed until close to midnight to allow the impossible to happen — an MK to come forward with a last-minute majority.

Knesset Speaker Yuli Edelstein spoke the truth to a diplomatic gathering earlier in the day when he said, “It is hard to believe that there is a chance to prevent a third round of elections.”

Likud MK David Bitan, an ally of the prime minister, told Channel 12 that the year’s third election will be Netanyahu’s “last chance” as head of Likud.

Asked what will happen if he fails, Bitan says, “I don’t want to get into that.” He predicted that the Likud-led right-religious bloc will get 61 seats this time, echoing Netanyahu’s prediction on Wednesday that they’re going to “win big.”

The electoral outcome will depend in no small part on who voters believe is to blame for the political impasse.

A poll conducted for Channel 13 by Camille Fuchs found that 41 percent of respondents blamed Netanyahu, 26 blamed Liberman, and only 5 percent blamed Benny Gantz. However, 23 percent blamed all of them equally, while a forgiving 5 percent blamed none of them.

If elections were held now, the poll said, Netanyahu’s 55-seat bloc would fall to 52. Nor would Gantz appear to have any better prospect of assembling a majority.

Both major parties were reportedly already starting up the machinery for the looming election campaign, which does not promise to be any more civil or rational than the last one.

During Wednesday’s debates, Yair Lapid warned Israeli parents that during the campaign to “keep your kids far from the [news], it’s going to be a disgusting festival of hatred and violence.”

United Torah Judaism MK Yaakov Asher told the plenum, “No one could have believed that such a scenario would occur. That people would reach a situation in which an entire nation, half-paralyzed, would go to the polls for the third time in a year—all because of ego, vengefulness, hatred.

Bickering over the date of elections came to the surface again, as well, as Blue and White has sent a message warning Likud that if the entire right-wing slate does not show up to vote on the bill to dissolve the Knesset and initiate elections on March 2, their bloc will also abstain allow the deadline to pass, after which elections would be held on March 10, which this year falls out on Purim, Channel 12 reported.

The bill being debated would set elections for March 2, which was agreed on by the major parties earlier in the week.