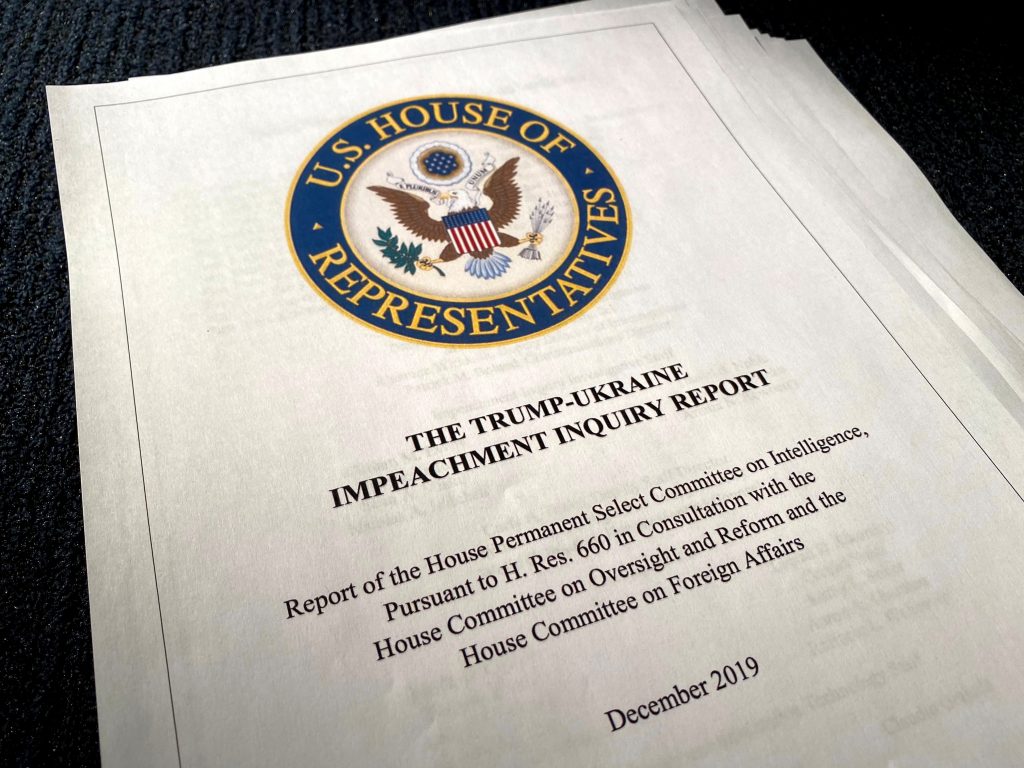 Democrats announced formal charges against President Donald Trump on Tuesday that accuse him of abusing power and obstructing Congress, making him only the third U.S. president in history to face impeachment.

The full House of Representatives is expected to vote on the charges, or articles of impeachment, next week. The chamber, controlled by Democrats, is almost certain to vote to impeach the Republican president, setting the stage for a dramatic trial in the Republican-controlled Senate, likely to begin in January.

“No one, not even the president, is above the law,” Nadler said.

Democrats have moved rapidly in their impeachment inquiry since launching an investigation on Sept. 24 into allegations that Trump pressured Ukraine to investigate a Democratic political rival, former Vice President Joe Biden, in the 2020 elections.

Republicans accuse Democrats of seeking to overturn the results of the 2016 election with a “witch hunt” against Trump, who denies he did anything wrong. Trump is unlikely to be convicted in the Senate, given that it is controlled by his party, but his impeachment may yet have an impact on the campaign trail as Democrats seek to retake control of the White House.

The White House is refusing to participate in the impeachment process. Trump and his allies acknowledge that he likely will be impeached in the Democratic-controlled House, but they also expect acquittal next year in the Senate, where Republicans have the majority.

The president was focused instead on Monday’s long-awaited release of the Justice Department report into the 2016 Russia investigation. The inspector general found that the FBI was justified in opening its investigation into ties between the Trump presidential campaign and Russia and that the FBI did not act with political bias, despite “serious performance failures” up the bureau’s chain of command.

Democrats say Trump abused his power in a July 25 phone call when he asked Ukrainian President Volodymyr Zelenskiy for a favor in investigating Democrats. That was bribery, they say, since Trump was withholding nearly $400 million in military aid that Ukraine depended on to counter Russian aggression.

Democrats point to what they call a pattern of misconduct by Trump in seeking foreign interference in elections from Mueller’s inquiry of the Russia probe to Ukraine.