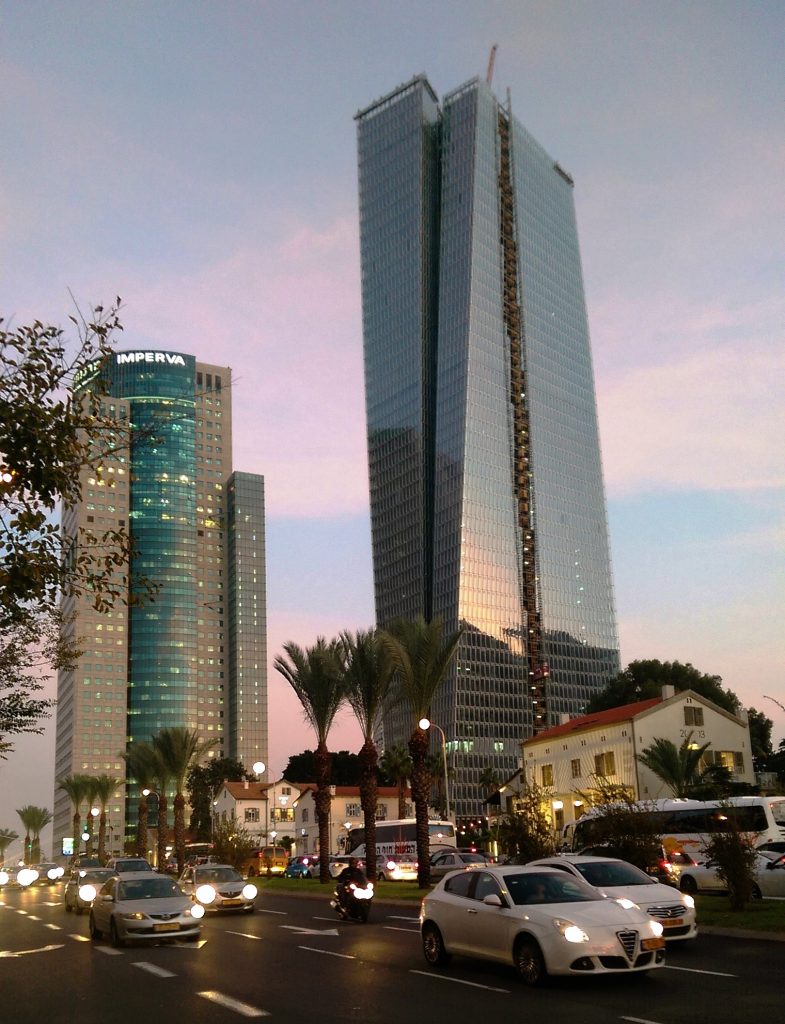 In recent years, office buildings have sprouted throughout the Tel Aviv area, but there is still a shortage of office space: Over the past nine months alone, rents on offices in Tel Aviv have risen 6%. Current cost of office rentals in the city is NIS 102 per sq. meter, meaning that a 100-square meter office (1,076 square feet) would cost over NIS 10,000.

Companies looking for a bargain could opt for other cities, such as Ramat Gan, where rents rose only 1% during the period, or Herzliya, where rents have stayed the same.

Other cities where rent increases for office space have been moderate include Rehovot and Raanana (2% increase over the past 9 months), and Yerushalayim and Lod (no increase).

In Netanya, rents rose 5% over the period. With that, rents there per square meter – NIS 46 – are among the lowest in the center of the country.

The increase in Tel Aviv office rentals is due to a push from tech companies seeking space in the city, real estate experts told Yediot Acharonot. The companies are seeking to locate themselves in areas where they can draw on the pool of programming talent that has migrated to the city in recent years. Many young programmers prefer to work in the center of the city because it is an easier commute to their jobs, and because of the leisure options in the area – and tech companies seeking to recruit these workers are locating themselves in the city.