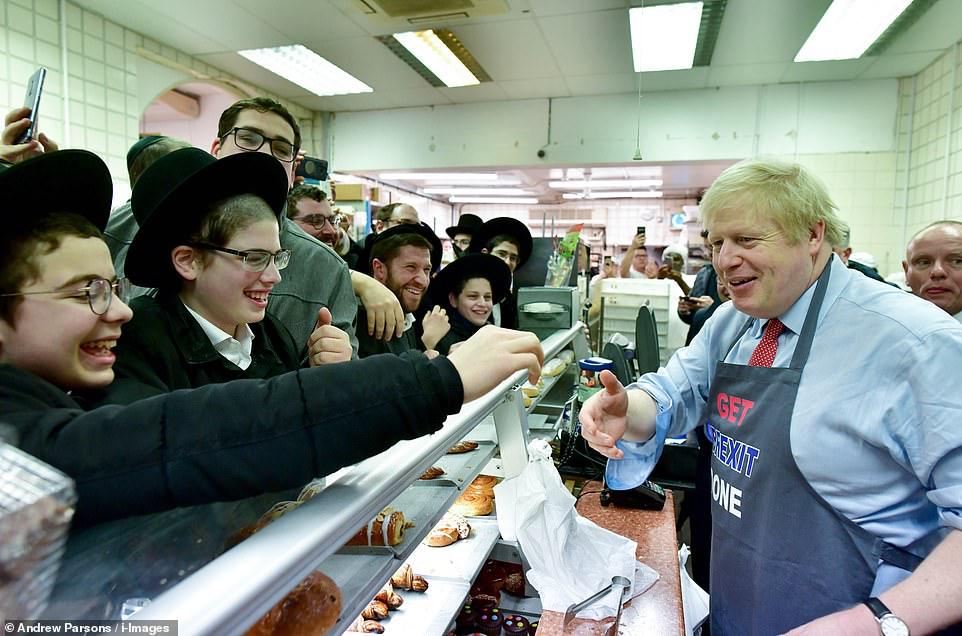 Boris Johnson paid a surprise visit to Golders Green on Friday morning, on the campaign trail with Conservative candidate for Finchley and Golders Green, Mike Freer.

The Prime Minister visited the Jewish Care campus on Golders Green Road, where he met with Steven Lewis, chair of the charity, and Daniel Carmel-Brown, its chief executive, who took the opportunity to discuss issues facing the social care sector with him. He also visited Selig Court, Jewish Care’s onsite independent living facility, where he met Rachel Levy, a Holocaust survivor, who, according to Jewish Care, spoke to him about the importance of Holocaust education for future generations.

By the time Mr. Johnson left the campus, news of his visit had spread through the kehillah, and he was greeted by an enthusiastic crowd as he made his way to his next stop, Grodzinski Bakery, a short walk away. In the bakery, Mr. Johnson tried his hand at icing donuts, producing some which said, “Get Brexit Done”, while wearing an apron adorned with the same message. He then went behind the counter and, to the delight of the crowd, dished out both his hand-iced and regular jam doughnuts to the eager recipients.

Mr. Johnson later shared photos of his handiwork and the bakery on social media, saying “This morning I made some “Get Brexit Done” donuts at a wonderful bakery in Golders Green, North London. Thank you Grodzinski Bakery & to everyone who stopped by to say hello.” 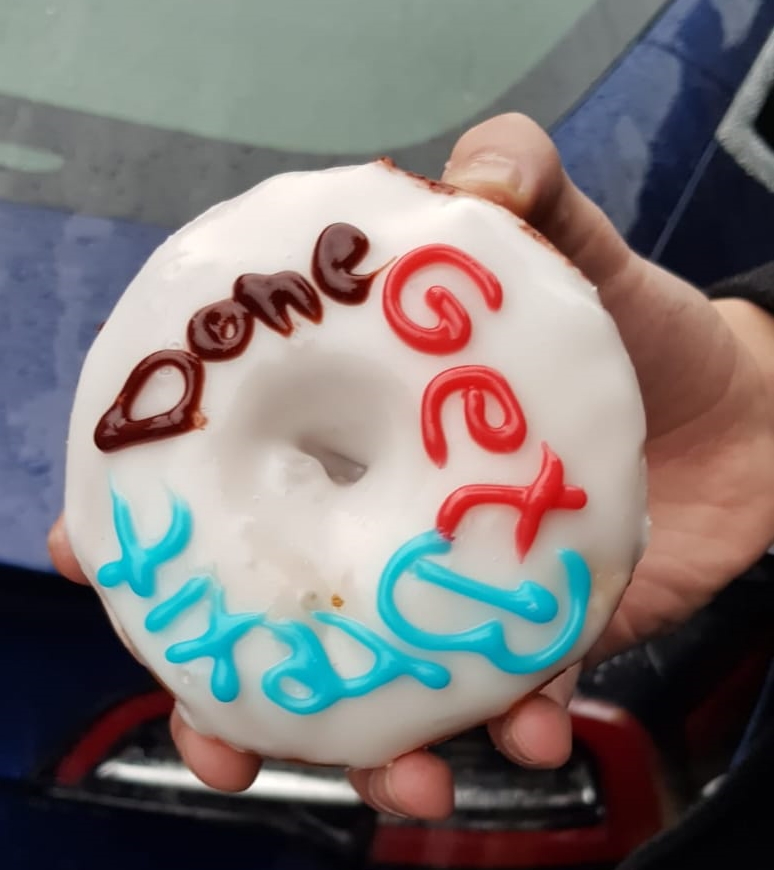