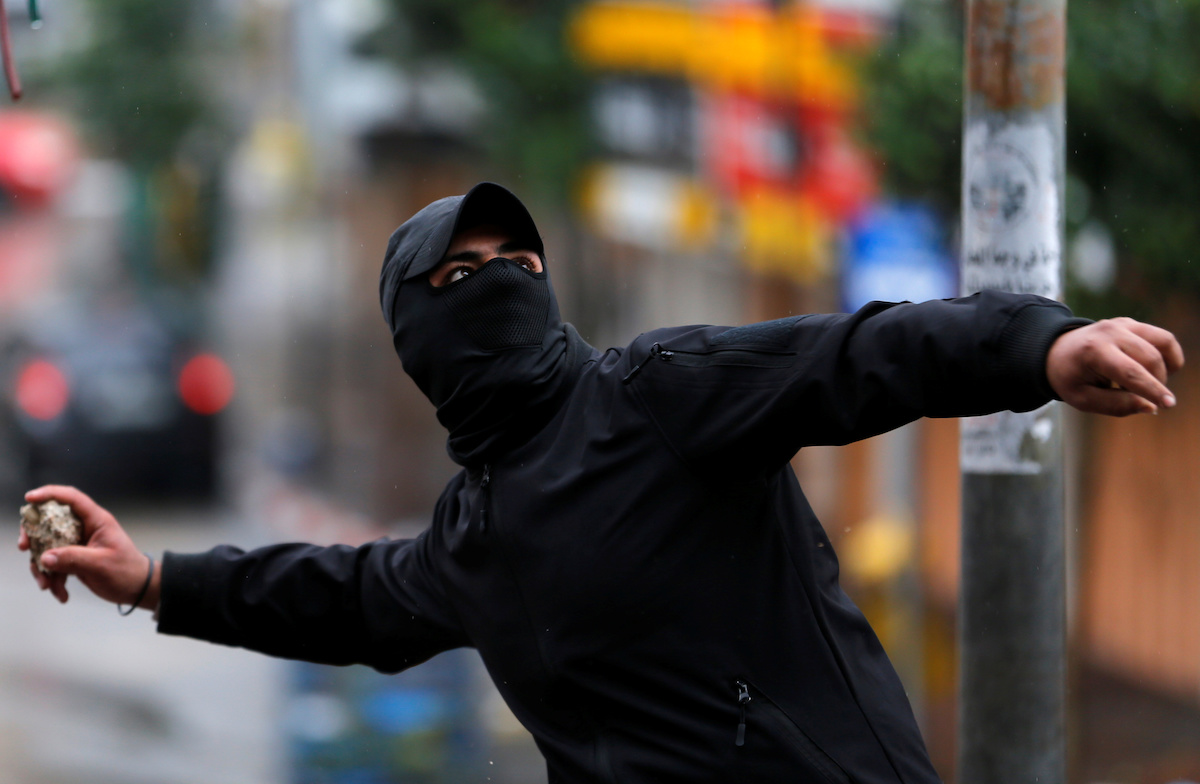 A Palestinian hurls stones at Israeli forces during a protest in Chevron, Monday. (Reuters/Mussa Qawasma)

Vandals slashed the tires of over 160 vehicles and sprayed slogans such as “Arabs = enemies” in predominantly Palestinian neighborhood of eastern Yerushalayim, Israeli police said Monday.

Masked suspects operated under the cover of darkness to vandalize the cars in the Shuafat neighborhood and spray-painted Hebrew graffiti on a nearby wall, police spokesman Micky Rosenfeld said. He said the authorities were treating the incident as criminal with “nationalistic motives.”

Mayor Moshe Lion condemned it as a “hate crime” and called upon the police “to find the criminals as fast as possible and bring them to justice.”

The graffiti included the phrases “When Jews are stabbed, we aren’t silent,” and “There is no place in the land for enemies.”

It was unclear what motivated Monday’s incident.

In Chevron, Palestinian shops, schools and businesses were shuttered for the one-day strike. Some local youths hurled stones at Israeli military patrols, and soldiers fired tear gas and rubber bullets to disperse the crowds.

Israel’s new defense minister, Naftali Bennett, presented his plan for a new community there early this month, which he said will double the Jewish population of the city.

Palestinian Mayor Tayseer Abu Sneineh said the city has formed a legal team to challenge the decision in Israeli courts.