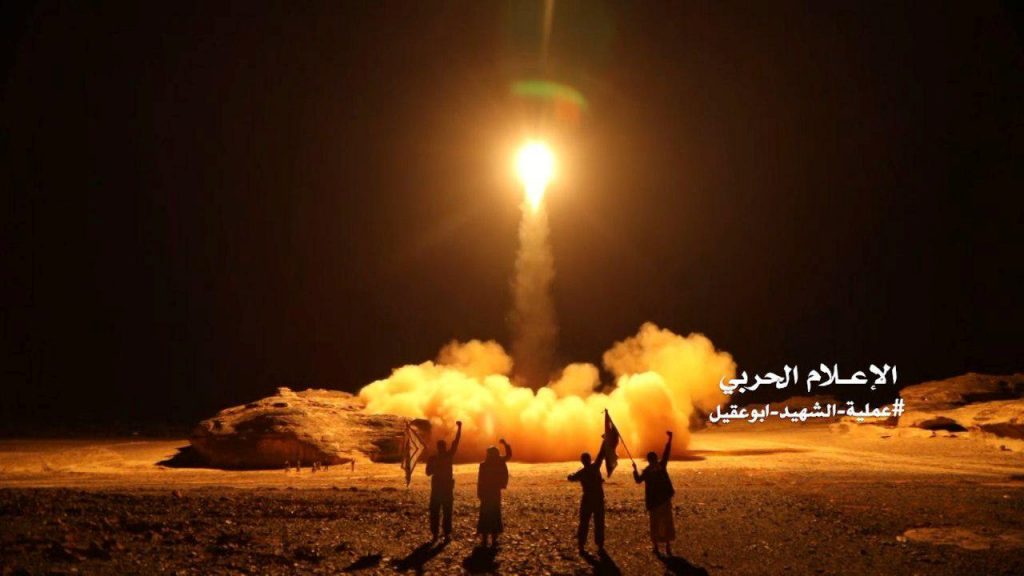 Iranian-backed Houthi rebels in Yemen continue to threaten Israel. A top member of the Houthi military, General Mohammed Nasser al-Atifi, on Saturday told Arab media outlet Al-Medean that Yemen has “a bank of targets, both land and sea-based, at which it can strike the Zionist enemy. We will not hesitate to attack them if the leadership decides to do so. Our military forces are prepared for this kind of attack.”

The comments came after reports that U.S. forces in recent days detained a ship that was said to be carrying missile components from Iran to Yemen. The U.S. over the weekend released photos of what it said were the missile components. At a press briefing, U.S. Special Representative for Iran Brian Hook said that American forces had “interdicted a significant hoard of weapons and missile parts evidently of Iranian origin. The seizure includes sophisticated weapons,” adding that they were “the most sophisticated” seized by the U.S. so far in the conflict.

This is not the first time Yemen has threatened Israel. Last month, Houthi military spokesman Yahya Saree said that Yemen will “provide an appropriate response to the regime in Tel Aviv if the Israeli army acts aggressively. Israel has regional objectives in the area, but we will not hesitate to response to Israeli evil.” He spoke after an attack by Israel on Iranian facilities in southern Syria on November 20th. The targets included military strongholds in the Damascus area and on the Golan, operated by Hezbollah and other terror groups, ostensibly run by the Syrian Army. Estimates of the number of people killed in the attacks have extended to as many as 23, but security officials believe that the number is closer to 12 or 13 – with at least 7 of them Iranian.

The Israeli attack came after Syria a day earlier fired missiles at the Israeli Golan. The Iron Dome defense system intercepted and destroyed missiles before they could fall in Israeli territory. Syria claimed that those rockets were fired in an attempt to shoot down an “unidentified object” over Syrian skies.