Israel IDF Hits Back at Gaza After Rockets Fired
Israel 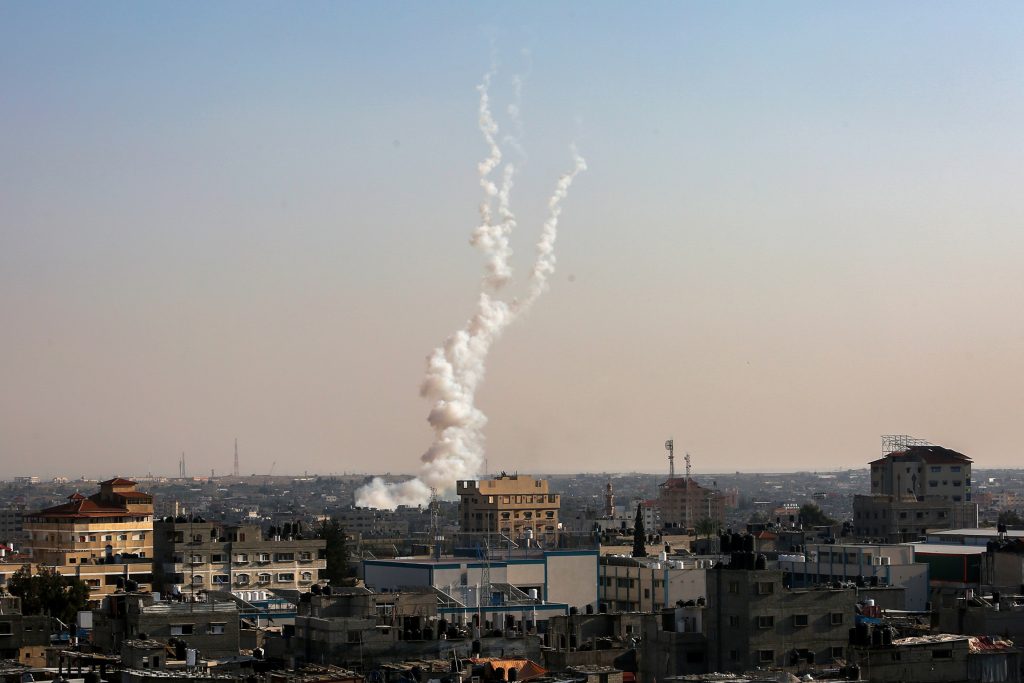 IDF forces hit back at Hamas outposts and bases in Gaza early Sunday after Gaza terrorists fired three rockets at Israel Motzoei Shabbos. Among the targets hit by the IDF was a Hamas army base, which contained warehouses and watchtowers. A Hamas naval station was also destroyed. Gaza sources said that two terrorists were injured in the Israeli retaliation.

Earlier Saturday night, terrorists fired three rockets at southern Israel. All three were destroyed in mid-air by the Iron Dome missile defense system. Israeli officials quoted in the media said that the terrorists firing the rockets were likely members of Islamic Jihad, but the IDF said in a statement that it considered Hamas responsible for all terror emanating from Gaza.

On Shabbos, IDF troops captured four Gazans who attempted to break through the border fence and enter Israel. Two of them attempted to enter Israel on Shabbos morning, and two others on Motzoei Shabbos. All were arrested and questioned. Reports also said that a drone from Gaza entered Israeli airspace. In response, Israeli military aircraft were dispatched and began a pursuit of the drone, but it flew back into Gaza before it was shot down.

In a statement, Hamas said that the terror group would respond to “Israeli aggression. The attempts by Israel to impose a new order in the field will not succeed. Hamas has the ability to stand firm and deter Israel at all times.”