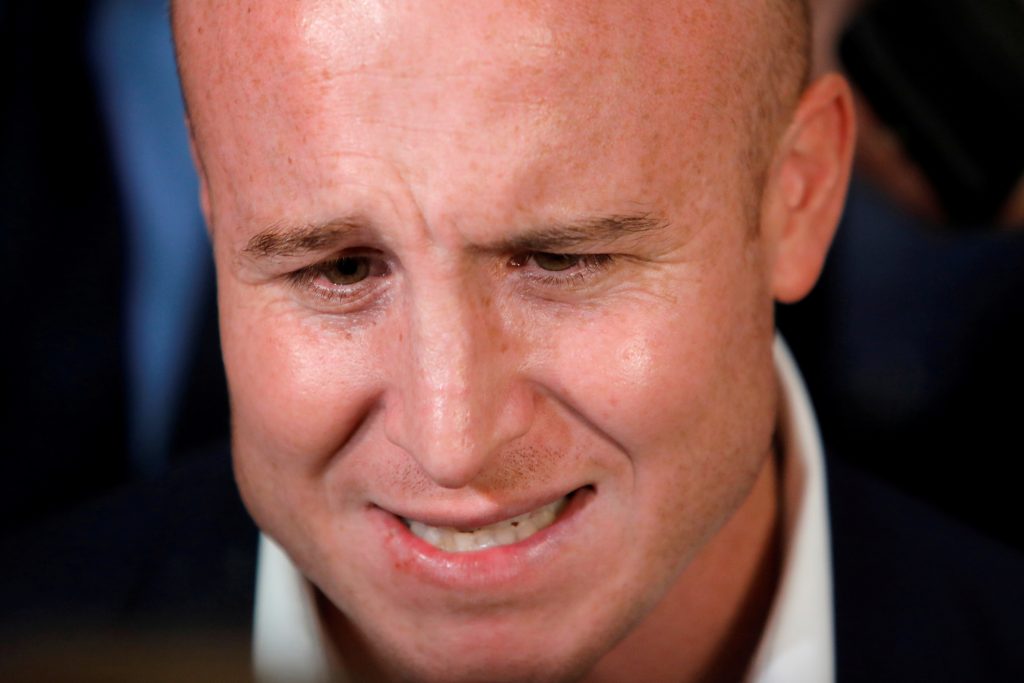 Politically vulnerable Democrats in the U.S. House of Representatives are eager to move quickly on the impeachment inquiry into U.S. President Donald Trump, and focus on other topics such as healthcare costs and repairing infrastructure.

Democrats from districts that voted for Republican Trump in the 2016 election face a deluge of Republican advertising attacks over impeachment and voters who are divided on the subject.

Many of these lawmakers remain publicly supportive of the Democratic-led House inquiry while eager to work on other pressing matters.

“I think it’s important to assess the facts, make a decision and then move on. We’ve got a lot of other work that we’re still working on – work to get done,” said Representative Ben McAdams, who won a Republican seat in Utah last year by a vote margin of less than one percent.

The historic step sets up a fight in the divided U.S. Congress over whether to remove Trump from office following weeks of hearings and a report summarizing evidence by the House Intelligence Committee.

Pelosi’s move suggests Democrats are aiming for a House floor vote on whether to impeach Trump by the end of the year, a timetable many House members have privately discussed as a way of avoiding dealing with the issue in the election year.

If the Democratic-majority House votes to impeach Trump by year’s end, the Republican-run Senate would likely begin a trial in January and is expected to acquit the president.

Moderate Democrats, who helped win the House majority by flipping a net 41 seats from Republicans in 2018 elections, were among the last in their party to endorse an impeachment inquiry.

Some, including a group of Democrats with national security backgrounds, climbed on board with impeachment only after a whistleblower report emerged in September about Trump’s dealings with Ukraine, including the withholding of U.S. military aid. Trump denies wrongdoing.

Republicans hope to win back some seats next year, including 31 congressional districts that voted for Trump in 2016. In recent weeks the Republican National Committee and Republican-leaning groups bombarded battleground district Democrats with millions of dollars in advertising calling for a stop to the impeachment inquiry.

The RNC ran “WANTED” ads in newspapers in 15 states, seeking a member of Congress who will work for voters on issues that they care about, such as passing a trade deal with Canada and Mexico and funding U.S. troops. The ads asked voters to tell their representative to “Stop the Madness.”

All but two House Democrats, Jeff Van Drew, of New Jersey, and Collin Peterson of Minnesota, voted for the impeachment inquiry last month. But many of them, especially the more moderate Democrats, say their final decision on whether to vote to impeach will depend on what the articles of impeachment say.

Representative Elaine Luria, a former U.S. Navy officer whose Virginia district voted for Trump for president, said constituents have warned her she is putting herself at political risk by coming out in favor of an impeachment inquiry.

“And I said, honestly, if I don’t get re-elected, I don’t care, because I’ve done the right thing. I feel that I’m standing up for the oath that I took as a member of Congress,” Luria said.

For the most part, voters want to discuss other issues, Democrats from swing districts told Reuters this week.

Representative Chrissy Houlahan, a former Air Force officer who flipped a Pennsylvania seat for Democrats last year, said that in a town hall during a late November House recess, “I wasn’t even asked” about impeachment.

Representative Mikie Sherrill of New Jersey, a former Navy helicopter pilot, said Democrats have done a lot but still have a long to-do list including election security measures and a bill to lower prescription drug costs that Pelosi said will come to the floor next week.

“We’ve got a lot to get done. So I think the efficiency with which the committees of jurisdiction (on impeachment) have been acting has been really helpful,” Sherrill said.

Representative Max Rose, another veteran who was elected last year to represent parts of New York City including Staten Island, typically a Republican stronghold, said his constituents were concerned with healthcare costs, crumbling infrastructure and national security “and they’re happy ultimately when people are looking at that stuff.”

On impeachment, said Representative Jason Crow of Colorado, “constituents … want to make sure that this isn’t being done in lieu of the other work I was sent here to do, on gun violence and some of the kitchen table issues.”