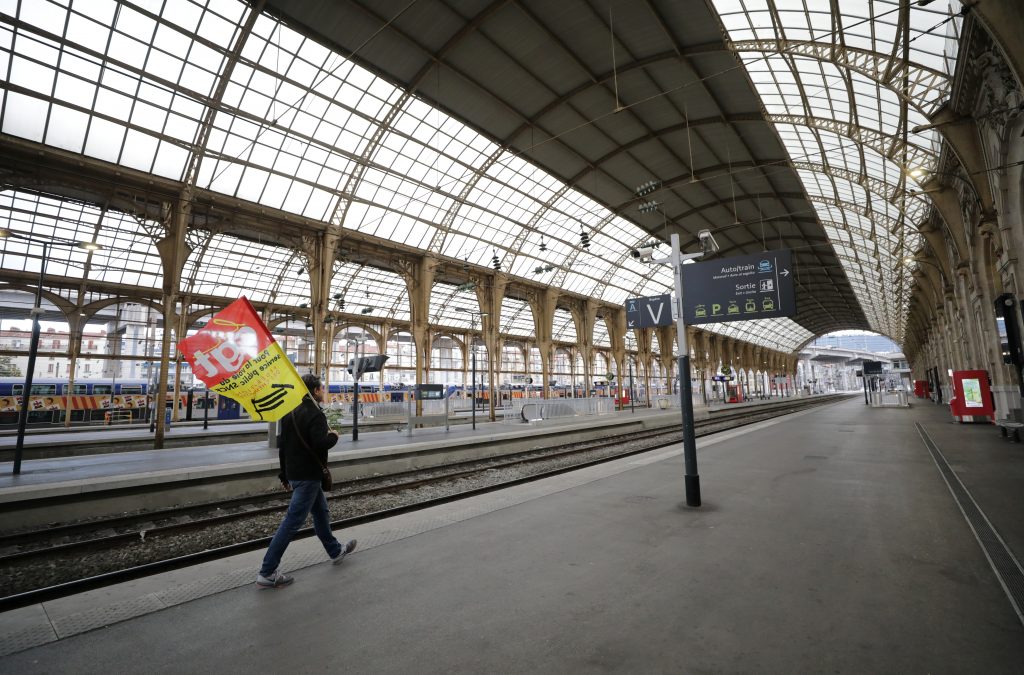 French Prime Minister Edouard Philippe said on Friday nationwide strikes in the public sector would not weaken his resolve to reform the pension system but promised workers would be spared a brutal transition to the new regime.

Philippe said he was not seeking confrontation with trade unions, which on Friday called for mass protests and strikes over plans to streamline one of the developed world’s most generous pension systems to continue next week.

The government wants to replace a byzantine system comprised of more than 40 separate pension plans, each with varying benefits, with a single, points-based system under which for each euro contributed, every pensioner has equal rights.

“Citizens know that the hugely diverse nature of the current 42 pension plans cannot continue,” Philippe said in a broadcast statement. “They also know we’re going to have to work longer.”

On Friday, commuters faced severe disruption getting to and from work for a second day and the state-run SNCF railways said train services would remain impacted through the weekend and on Monday. Schools and hospitals were also left understaffed.

A day earlier, tear gas and smoke hung over parts of Paris and Nantes as protests turned violent.

The strike pits trade unions determined to safeguard worker protections against President Emmanuel Macron, a 41-year-old former investment banker who took office in 2017 on a promise of opening up France’s highly regulated economy.

The outcome will hinge on who blinks first – the unions who risk losing public support if the disruption goes on for too long, or the president whose two-and-a-half years in office have been rocked by waves of social unrest.

Macron appears reluctant to simply raise the retirement age of 62. One alternative is to curb benefits for those who stop working before 64 and give a boost to those who leave later.

Room for concessions may lie in the pace at which the changes are phased in.

Philippe on Friday left open the possibility of including a “grandfathering” clause for workers at the SNCF and Paris public transport firm RATP, some of whom enjoy special benefits including retirement at 52, a decade earlier than the average worker.

“To all RATP and SNCF staff I say that it would not be reasonable or fair to change the rules of the game after the game has started,” Philippe said.

The government applied a similar approach last year when it changed decades-old terms of employment for SNCF workers, maintaining job-for-life guarantees for existing staff, but ending that benefit for new recruits.

“We’re all in the same situation,” said commuter Micheline Rossi, sympathetic to the strikers’ cause. “With the points-based pension system, we’ll lose out, too, just like them.”

Another said: “We need to reform pensions. It’s going to be painful, painful for everyone. But if we want to have a pension in the future, this has to pass.”

Macron’s pension tsar Jean-Paul Delevoye is due to hold talks with the unions on Monday before the prime minister presents the broad outlines of the reform to the public mid-week.