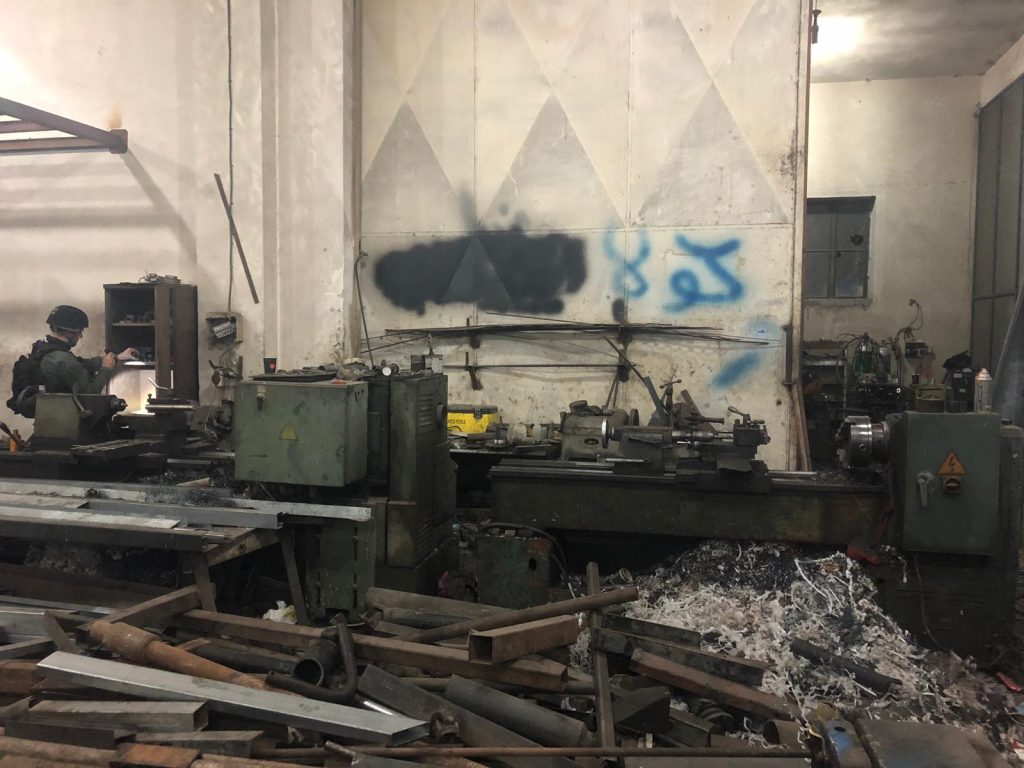 IDF soldiers and Shin Bet agents overnight Tuesday shut down a workshop for the manufacture of arms in the Arab village of Dahariya near Chevron. The workshop produced dozens of weapons a year. It included several large metal cutting machines, along with dozens of weapons in various stages of manufacture. Soldiers confiscated the equipment and weapons, and made several arrests.

Security officials overnight Tuesday also seized a cache of weapons held in Arab homes in the village of Beit Omar in the same area. Several handguns were found, along with ammunition. In a statement, security officials said that such weapons were used in terror attacks as well as for criminal activity, and that security forces were determined to seize all weapons that were being held illegally by all people, in order to better protect all Israelis and residents of Palestinian Authority-controlled areas, who are also under threat by terrorists and criminals.

IDF soldiers overnight Wednesday seized tens of thousands of shekels in terror funds from homes in Arab villages in the Shomron. The funds were part of payments made by Hamas and the Palestinian Authority to the families of terrorists for committing terror acts against Israelis, officials said.