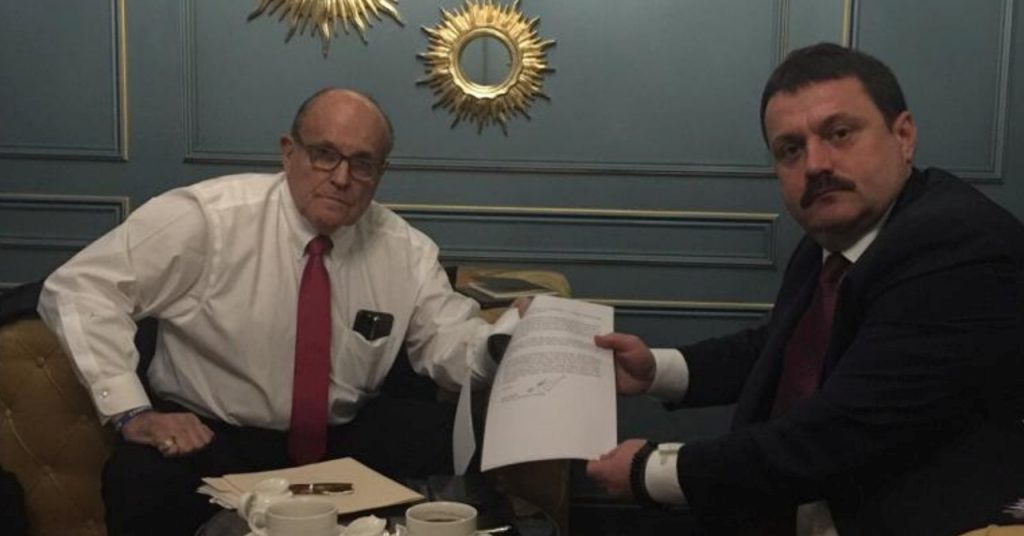 In a statement on social media accompanied by photos of the meeting, Andriy Derkach said the two had discussed the creation of an interparliamentary group to fight corruption.

As President Trump faces an impeachment inquiry led by House of Representative Democrats into whether he abused his office by pressing Ukraine to investigate a political rival, the U.S. president and his allies have sought to reject that by saying Trump is interested in the wider issue of corruption in Ukraine.

As first reported by the New York Times, lawyer Rudy Giuliani has travelled to Budapest and Kiev this week to meet current and former Ukrainian officials for a documentary series amid the ongoing impeachment inquiry.

“Unfortunately, our country has been at the center of scandals about international corruption,” Derkach said.

“Among other things, there are facts about the inefficient use of American taxpayers’ money by representatives of Ukrainian state bodies.”

Ukraine was plunged into the center of the impeachment inquiry over allegations that Trump abused his power in pressuring Ukraine’s president to investigate former Vice President Joe Biden, a Democratic possible rival in the 2020 presidential race.

Trump has called the inquiry a partisan “witch hunt”.

Giuliani has alleged that Biden, while still in office in 2016, pushed for the firing of Ukraine’s top prosecutor to end an investigation into Ukrainian energy company Burisma, where Biden’s son Hunter was a board member. Biden has accused Trump’s camp of peddling “universally-debunked lies.”

Derkach has previously disseminated information about Hunter Biden and Burisma that Giuliani has cited as evidence in his criticisms of the Biden family.

The U.S. embassy was not immediately available for comment.