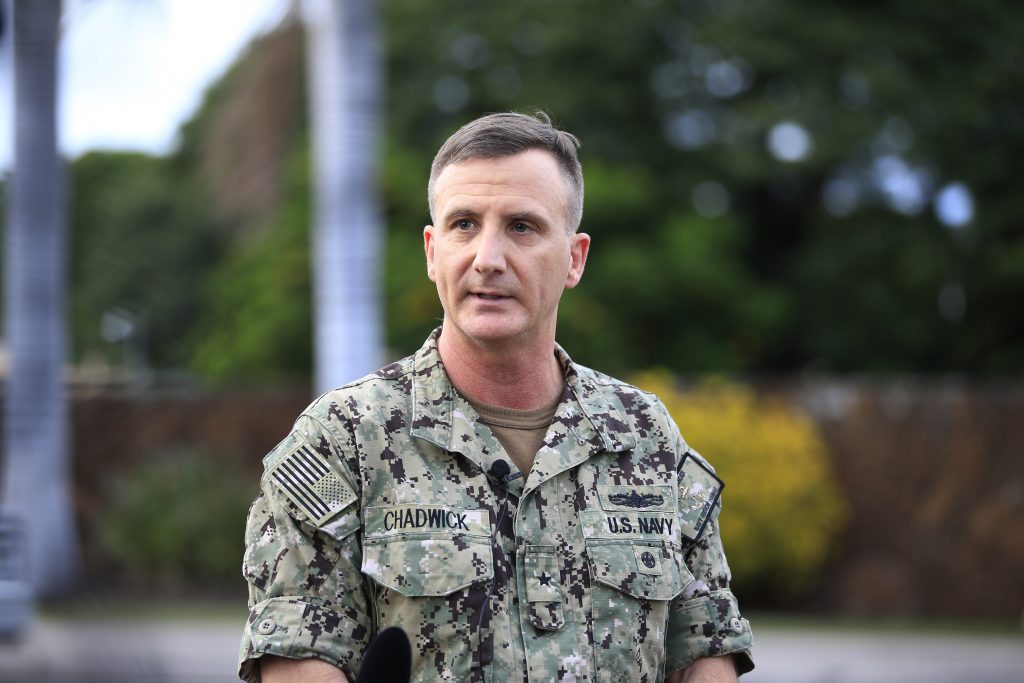 A U.S. Navy sailor shot dead two civilians working at Hawaii’s historic military base of Pearl Harbor on Wednesday and wounded a third before turning his gun on himself, military officials said.

Authorities did not identify the victims or the gunman, described by a witness as wearing a U.S. Navy uniform, but local media reported they were all men. Base officials said the victims were civilians working for the Department of Defense.

It was not immediately clear what the gunman’s motive was for the shooting, three days before the 78th anniversary of the Dec. 7, 1941 attack on the naval base that led the United States to declare war on Japan and enter World War Two.

The gunman died of “an apparent self-inflicted gunshot wound”, and the third victim was in stable condition in hospital, military officials told a news briefing.

“We have confirmed that two (victims) are deceased,” said the regional commander, Rear Admiral Robert Chadwick.

The gunman “has tentatively been identified as an active-duty sailor assigned to USS Columbia SSN 771,” he said.

The base, a combined U.S. Air Force and Navy installation located eight miles from the state capital of Honolulu, was placed on lockdown for about two hours after the incident at about 2:30 p.m. Hawaii Standard Time.

“We have no indication yet whether they (the victims) were targeted or if it was a random shooting,” Chadwick said.

He said he also did not know the type of weapon used by the attacker and that bringing personal weapons on the base was not authorized.

Emergency services sent ambulances and firefighters to the scene, which was secured by late Wednesday and the base reopened.

An unidentified witness told Hawaii News Now he had heard gunfire near Drydock 2 of the base and looked up from his desk to see the gunman, wearing an U.S. Navy uniform, put the weapon to his head and shoot himself.

“Details are still emerging as security forces at Joint Base Pearl Harbor-Hickam investigate,” Hawaii Governor David Ige said, using the official name of the base.

The White House had offered him assistance from federal agencies as needed, Ige said.

A White House spokesman said: “The president has been briefed on the shooting…and continues to monitor the situation.”

Hawaii police detectives are assisting the military in an investigation that could require up to 100 witnesses to be interviewed, local media said.