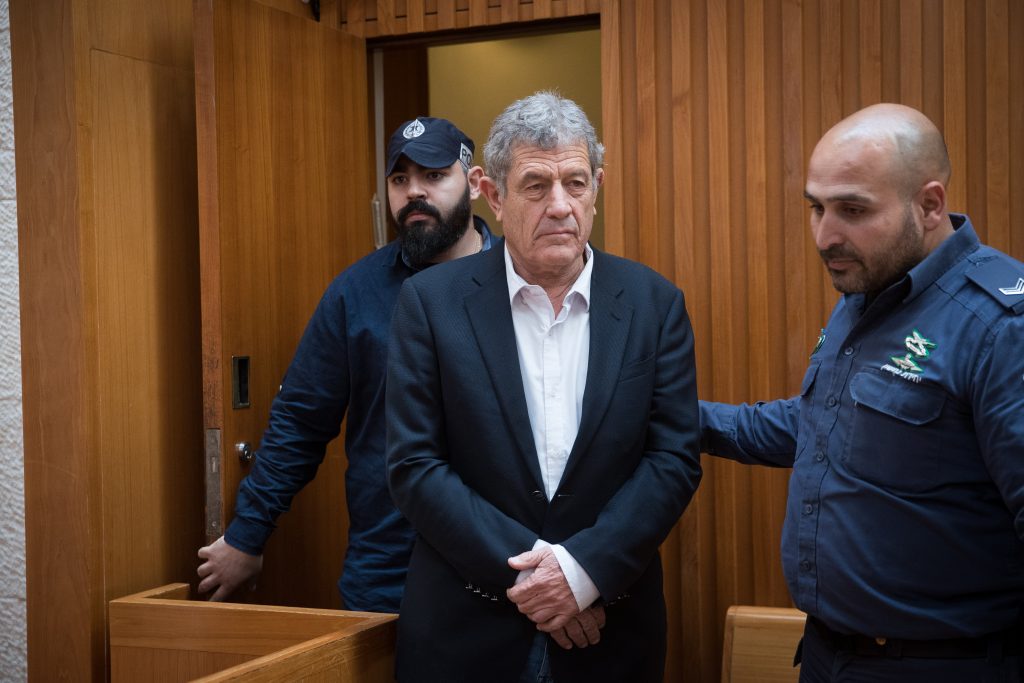 Prosecutors are set to recommend filing corruption charges against several individuals in Case 3000, also known as the Submarine Affair, media reports said. Among those to be indicted are former Israel Navy commander Eliezer Marom; former state witness Miki Ganor, who originally testified against Netanyahu but later recanted; and former confidant and attorney for Prime Minister Binyamin Netanyahu David Shimron. Ganor and Marom will be indicted on bribery charges, and Shimron on money-laundering charges.

Others named on a variety of charges, from corruption to tax evasion, include former Minister Modi Zandberg; former Netanyahu bureau chief David Sharan; former Deputy Director of the National Security Council Avriel Bar-Yosef; and retired IDF Colonel and former head of Shayetet 13, Shai Brosh. Netanyahu was not considered a suspect in the affair, and he is not named as a party to any of the incidents listed.

The case involves influence peddling surrounding a purchase of submarines by Israel from Germany. The indictment says that Ganor bribed Marom to assist ThyssenKrupp, the makers of the submarines, to win a contract for the new equipment offered by the Defense Ministry, valued at 1.2 billion euros. The indictments will be handed down pending a hearing, the reports said.

Police have been investigating the affair since 2017, and much of the information they have was presented to them by Ganor, who acted as ThyssenKrupp’s point man in the sale. Ganor was to turn state’s evidence, but prosecutors canceled the testimony deal after what they said were “contradictions” by Ganor in his testimony.

The cancellation opened Ganor up to prosecution based on statements that he made that incriminated him. Ganor is accused of getting a percentage of the deal, which he kicked back to principals in the case in order to approve the deal.

In the first response to the indictments by those named, Shimron said that he noted that he was not included among those named as giving or taking bribes. In a statement, he said that “I had nothing to do with bribery and nothing to do with submarines. There was no fraud involved either. What the indictment does contain is a charge on a technical financial violation on my part, which was presented in a pompous, grand manner rife with factual errors. I am sure that this indictment will be dismissed after my hearing.”