Community Rock Throwing Teens Turn Themselves In to Police
Community 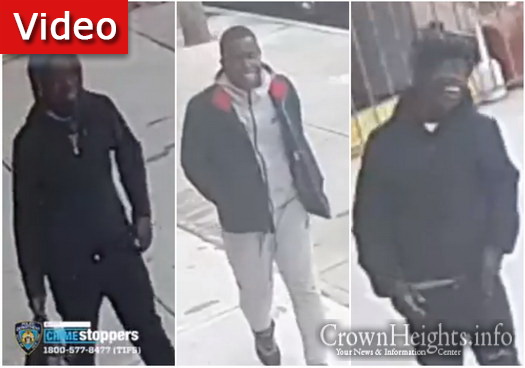 Police in the 71st Precinct reported that three teens who were wanted for throwing rocks on school buses in Crown Heights have surrendered to police, after a video of them was published by the NYPD. They were accompanied to the police station by their parents.

One of the buses targeted, from Beis Rivkah in Crown Heights, had a window broken in the incident.

The trio were arrested by Hate Crimes Task Force, who took the lead in the investigation. The HCTF came down to the 71st precinct to make the formal arrest.

As all three were 14 years old, and due to their ages juvenile delinquency reports made. They were then released into the custody of their parents the same day.