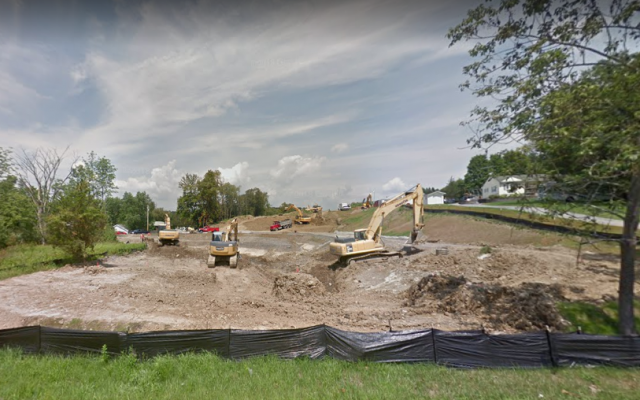 New York State Attorney General Letitia James filed a motion to intervene in a lawsuit against the Town of Chester and Orange County. The suit alleges that the town and county have engaged in a concerted and systematic discriminatory effort to prevent Hasidic Jewish families from moving to Chester by blocking the construction of a housing development.

The original lawsuit, filed in July 2019 by the developers of the “The Greens at Chester,” outlined countless discriminatory and unnecessary actions that Chester and Orange County have taken to stop the homes from being built. The law suit charges that the purpose of these actions was to prevent Jewish families from purchasing and occupying them, in gross violation of the Fair Housing Act. The Fair Housing Act dictates that it is unlawful for anyone to refuse to sell or rent a dwelling based on various discriminatory factors towards individuals.

The complaint also contains various local residents’ statements, as well as links to video clips made at public meetings reflecting fierce opposition to these projects.

“Blocking the construction of homes to prevent a religious group from living in a community is flat out discriminatory,” said Attorney General James. “This campaign to deny housing to members of the Jewish community is not only a clear violation of our laws, but is antithetical to our basic values and blatantly anti-Semitic. New York has a longstanding commitment to ensure equal housing opportunities for all residents – regardless of race, gender, or religious identity – and we will ensure this commitment is upheld.”

In October 2017, The Greens purchased a 117-acre property in the Town of Chester in Orange County, New York, which had been fully approved for residential development under the ownership of the previous developer. Since The Greens’ purchase in 2017, officials from both the County and the Town have repeatedly sought to block development of the site and have openly expressed discriminatory intent to block the development at public town meetings, explicitly referencing their desire to keep Hasidic families out of their community.

Additionally, the Town and County placed multiple obstacles in the way of the developers in an attempt to thwart construction, including a law to restrict the size of the houses that could be built in an attempt to make them uninhabitable for families. All these rules are in violation of a settlement agreement reached in 2010 regarding the zoning and construction of the land.

The Town and County also advanced proposals to levy extra taxes on the development; to limit the hours that construction could occur on the site; and to require the developer to provide the personal information of its managing partners to local officials.

They also imposed costly and unnecessary requirements that the developer had to comply with before construction, including mandating that a new sewer waste line be rerouted, requesting the main road be moved by 10 feet, and even requesting that the Department of Health reconsider an approval for a water supply permit, which the County had previously granted. After the developer complied with each of these unnecessary requests, the Town and County denied all building permit applications, even though the developer clearly satisfied the requirements necessary to be granted the permits.

Attorney General James continued, “As we have seen an alarming rise in the rates of anti-Semitic incidents in New York and across the country, this type of intolerance and discriminatory behavior, especially at the hands of local government, is truly despicable. Intolerance towards others only fosters hate and makes our communities weaker.”

Agudath Israel of America issued a statement applauding the actions of Attorney General James for filing the motion to intervene in the ongoing lawsuit.

Agudath Israel had several conversations on the issue with the Attorney General, beginning even before she assumed her current position.

Rabbi Chaim Dovid Zwiebel, executive vice president Agudath Israel, expressed the group’s hope that both sides can come together with an amicable agreement to allow the proposed project to go forward and provide desperately needed housing to a growing community.

Rabbi David Niederman, President of the United Jewish Organizations of Williamsburg and North Brooklyn (UJO), said in a statement, “Finally, there is a sheriff in town committed to fight the blatant discrimination against Orthodox Jews occurring too often. We commend Attorney General Letitia James for intervening in this case, to fight official actions to block this development in the Town of Chester. All communities and residents in the state are fortunate to have her as their attorney.”

“Today’s action sends a powerful message that Orthodox Jews are also protected under the Fair Housing Act and discriminatory actions will not be tolerated,” Rabbi Niederman concluded.