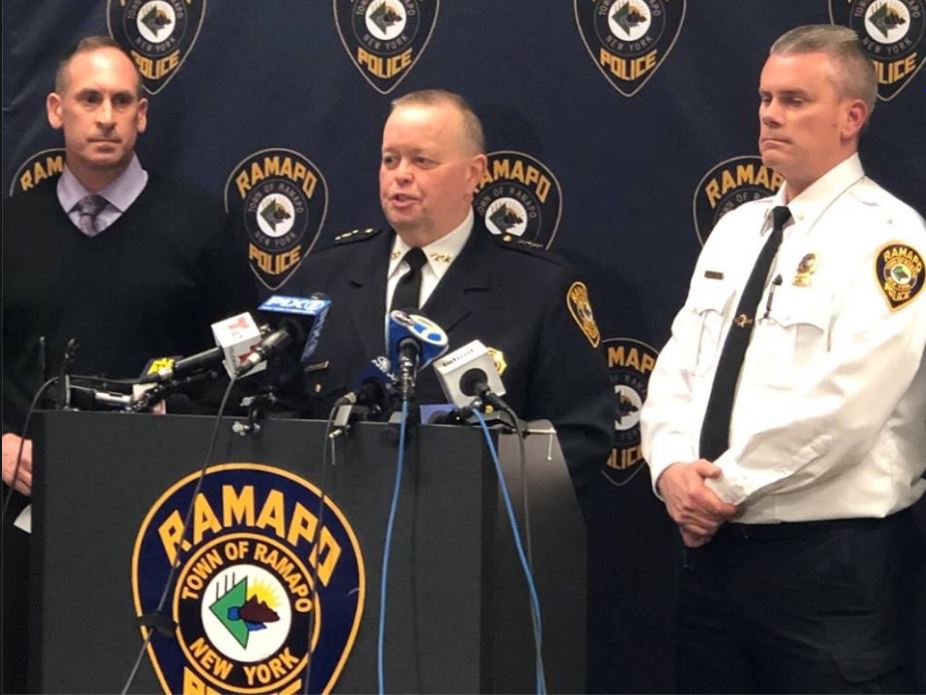 A 30-year-old Rebbi who was stabbed multiple times while walking to shul on Wednesday, November 20, has now spoken to Ramapo police from his hospital bed, Rockland/Westchester Journal News reported. The FBI joined Ramapo detectives in the investigation of the perpetrators of the brutal attack.

After several surgeries, the married father of four has been removed from the critical list and is considered stable, police reported.

Investigators are examining surveillance video that captured the stabbing just after 5:30 a.m. some 20 yards from the driveway of Mosdos Meharam Brisk Tashnad at 2 Howard Drive.

Ramapo Police Chief Brad Weidel described the video as low quality and grainy. “We have a lot of video — some of which is being enhanced,” Detective Lt. Michael Colbath said today.

The cause of the attack remains muddled among rumors circulating across the ultra-Orthodox community and social media. Weidel has acknowledged investigators are aware of scenarios being talked about but he’s declined to provide details. “We will make decisions based on the facts,” he said last week.

Weidel has maintained that the police have no evidence so far that indicates a hate crime as described under state law, downplaying assumptions that the man was targeted because he’s a Hasidic Jew.

Rabbi Yisroel Kahan, a community liaison to the police and medical community, said the stabbing may have been a case of mistaken identity. Although the attack caused anxiety and upset community members, he said, “It’s even scarier when people jump to conclusions. This is a tight community so everybody talks. The insecurity from the unknown raises doubts.”

The Anti-Defamation League has offered a $10,000 reward for information leading to the arrest and conviction of the assailants.