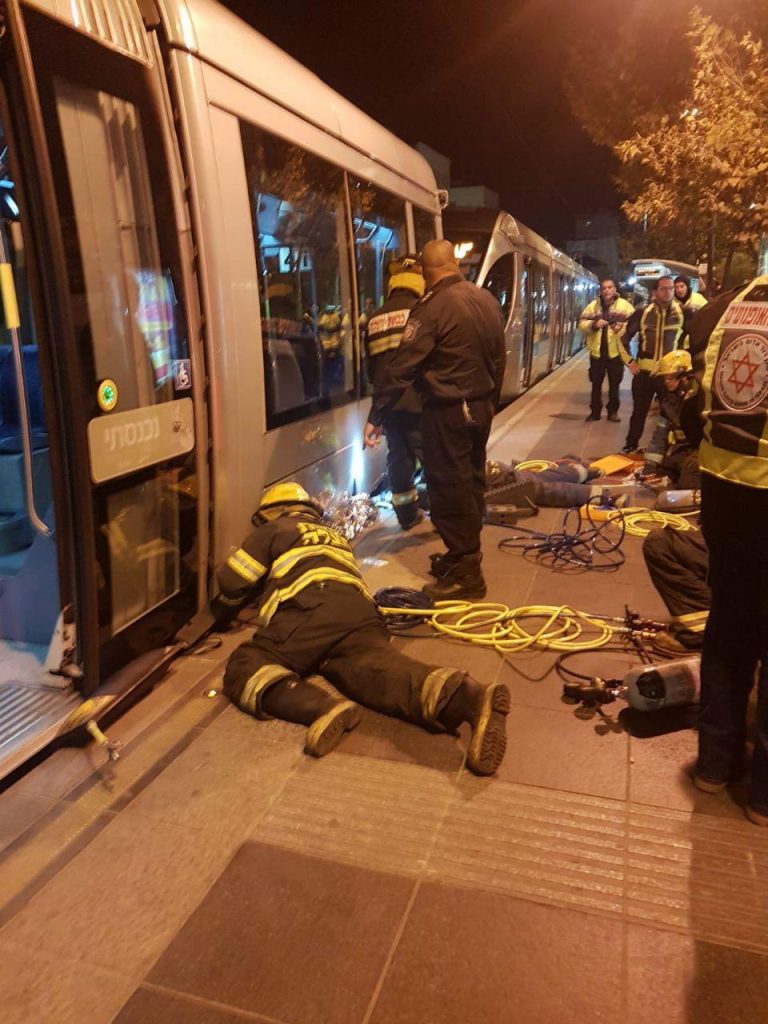 A 19-year-old woman was killed late Tuesday night after being hit and crushed to death by the light rail on Jaffa Street, near Yerushalayim’s central bus station.

“At around 12:20 a.m., a woman fell between two wagons as the train was moving. MDA paramedics that arrived at the scene could only pronounce her death,” Citypass, the light rail operator, announced early Wednesday.

She was later identified as Tamar Fenigstein, a”h, from Petach Tikvah. Her father serves as Rav of Beit Knesset Peninat Ganim in Petach Tivkah.

Oz Polack, an MDA paramedic who was at the scene of the tragedy, said that “this is a shocking and serious accident. When we arrived at the scene, we saw a 19-year-old woman trapped under the rail’s wagon. She had no pulse and no signs of life.

“Four friends who witnessed the accident suffered from anxiety and we took them to the hospital.”

Fire and rescue teams used hydraulic press tools to lift the wagon in order to retrieve the woman’s body.