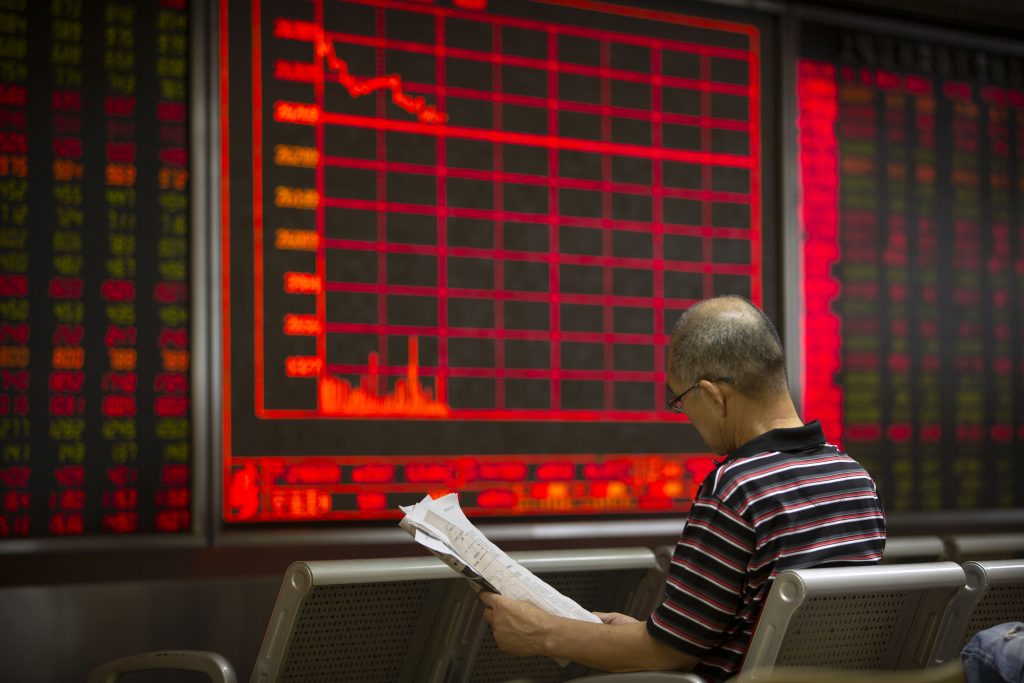 Asian shares extended losses on Wednesday after President Donald Trump said a trade deal with China might have to wait until after the 2020 presidential election, dashing hopes for a quick preliminary agreement.

Fresh U.S. tariffs on Argentina and Brazil as well as threatened duties on French goods also darkened the mood, as a trade war that investors had hoped was easing a week ago now looks like it’s ramping up.

“This shift is quite distinct,” said Vishnu Varathan, head of economics and strategy at Mizhuo Bank in Singapore, since it removes any sense of urgency around resolving the dispute.

Japan’s Nikkei dropped 1%, matched by falls in Hong Kong and Korea, where stock markets touched their lowest since October.

The yield on benchmark U.S. 10-year treasuries fell as low as 1.6930% overnight, the sharpest fall since May. It stood at 1.7259% on Wednesday. Futures markets pointed to a flat open on Wall Street, and for European shares to pare some losses, but to remain down for the week so far.

“It just takes one or two comments and then a bad feeling again,” he said. “It’s still quite uncertain.”

The House of Representatives’ passage of a bill proposing a stronger response to a crackdown on Muslims in China’s west also added yet another layer of tension, drawing swift condemnation from Beijing on Wednesday.

Trump had told reporters in London that there is “no deadline” for an agreement with China to end the tit-for-tat tariff war, which the International Monetary Fund has said will push global growth to its slowest in a decade.

“In some ways, I like the idea of waiting until after the election for the China deal,” he said.

U.S. Commerce Secretary Wilbur Ross said if no substantial progress was made soon, another round of duties on Chinese imports including cell phones, laptops and toys would take effect on Dec. 15.

No high-level meetings are scheduled and the parties still needed to sort out details about Chinese purchases of U.S. farm products and an enforcement mechanism, he told Reuters.

That had put the brakes on a rally that had lifted the S&P 500 almost 10% since early October, when top diplomats from China and the United States met and outlined an initial agreement that Trump said he hoped could be sealed within weeks.

In currency markets positive economic news from China’s services sector saved the yuan from a further thrashing, after it tumbled overnight.

However, the trade-exposed New Zealand dollar mostly held on to gains won against the greenback after disappointing manufacturing data weakened the U.S. currency on Monday.

“It might be that apart from the global risky stuff, the market is thinking about the U.S. economy maybe slowing,” said Westpac FX analyst Imre Speizer.